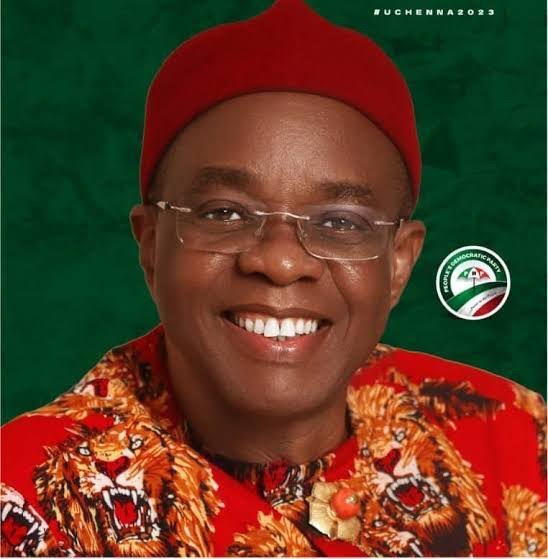 Professor Uchenna Ikonne, the Peoples Democratic Party (PDP) governorship candidate in Abia state, has died. His son, Chikezie Uche-Ikonne, announced the death of the PDP candidate in a statement on Wednesday, January 25.
According to the state, the professor died at the national hospital in Abuja at about 4am, after having a brief illness.
For a while now, Ikonne has not been showing up in campaign rallies in the state.
The statement reads in part: “I regret to announce the death of my dear father, Prof Eleazar Uchenna Ikonne, who died at the National Hospital Abuja today, 25th January 2023 by 4am after a brief illness.” His son further added that Ikonne was recuperating after receiving treatment in the United Kingdom but a few days ago, he relapsed. The latest incident led to multiple cardiac arrests that later took his life on Wednesday.
According to Chikezie, the burial arrangement of the late PDP governorship candidate will make available to the public soon after the family meetings.
Abia is one of the southeast states facing the menace of unknown gunmen and the current governor, Okezie Ikpeazu, is one of the aggrieved PDP governors who are referred to as the G5 or Integrity Group.