“From Abeokuta to Lagos”: MC Oluomo Reveals He Started as a Conductor in Primary School 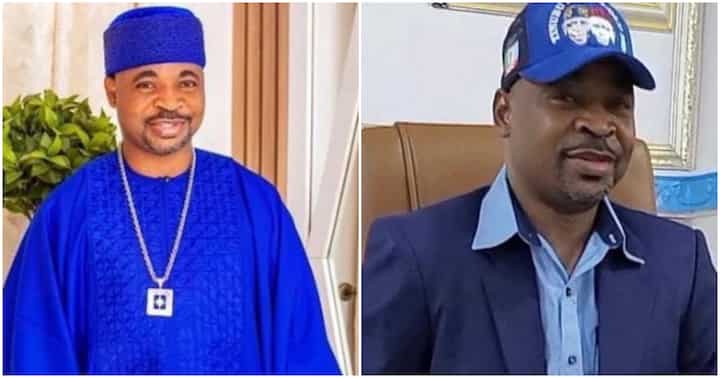 Ex-NURTW boss, Musiliu Akinsanya, popularly known as MC Oluomo has made it clear in a video that he worked his way up to where he is right now in life.

In a video sighted online, Oluomo seemed to be replying to some allegations against him, as he asked people to come forward with proof about his life.
He then continued by saying that he started life as a conductor while still in primary school, and he would go with the vehicle from Lagos to Ogun state on several trips, collecting money from passengers.
Oluomo also added that he cautioned himself and did not drink, smoke or engage in other vices.

abbeyaimufua: “I like his cap … nice1 … leave this man alone ooo . They even did a documentary on him and found nothing . I watched it when Louis Theroux visited . He has well educated children as well . Leave them jare . You don’t need to explain yourself to anyone . Good luck.” superjay_760li: “Accomplices to the destruction of a nation have a right to speak, but we should rather listen to people that have better plans for the nation.” floating_designer: “I don’t know this man from anywhere, but I don’t like him.” iam_mrbello “What a country, where we glorify thugs.” hay__why_x_change: “Na everyone get story jare.”