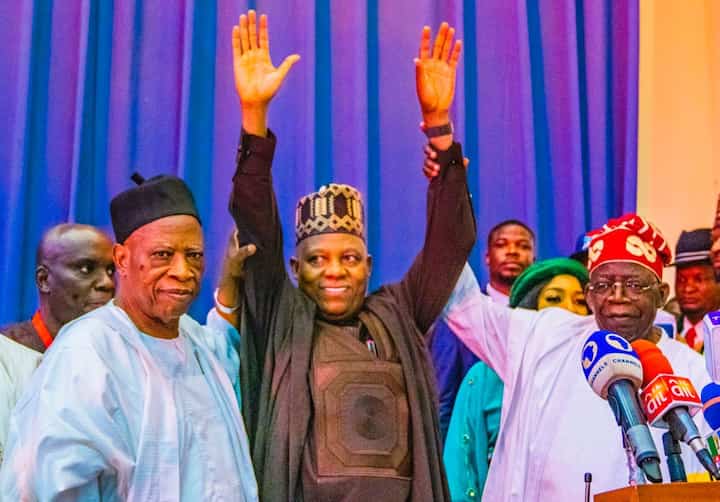 According to Shettima, the All Progressives Congress (APC) presidential candidate was key to the transformation of Lagos state.
The APC vice presidential candidate disclosed this during a Lagos state banquet for President Muhammadu Buhari on Monday, January 23, Channels Television reports.
Shettima said before Tinubu became governor, Lagos state was a place of fear.
“When Asiwaju became the governor of Lagos, you and I know that the fear of Lagos for the average northerner was the beginning of wisdom. “Lagos was a super slum but because of the quality of this man’s ideas, Lagos is now the third-largest economy in Africa. From N600m, Lagos government is now generating N61b every month as the internally generated revenue, and Lagos is now projected to be the third-largest economy by the end of the decade.” Shettima tells Nigerians to vote for Tinubu Going further, he added that Tinubu can bring his wealth of experience to bear if elected as Nigeria’s president next month. He called on voters to queue behind the APC flagbearer.
He said: “I will urge you all to vote for the one that would sustain the legacies of President Muhammadu Buhari; for someone who has the integrity, the character, and the skillsets to catapult this nation to a higher pedestal.”