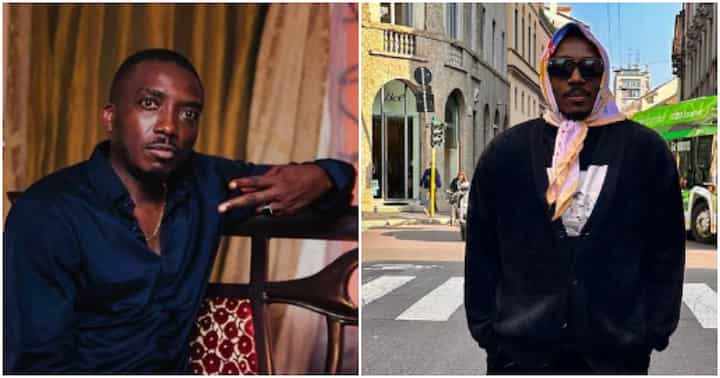 Popular Nigerian comedian, Bovi made it clear to a friend that he would not get a N500k loan if he did not repay his past debt.

The comedian shared a screenshot of his chat with his friend as he asked for N500k to complete his house rent. Bovi made it clear that he would not help his fiend if he did not pay back the N25k he borrowed in 2011 for flight ticket. The comedian also dropped a memo for everyone, a reminder that he never forgets favours.
Nigerians react to Bovi’s chat matildafrancis_: “I agree with Bovi. People will borrow from you and suddenly develop amnesia until they need to borrow again.” lingeriebytemmy: “Bovi one chilled coke for youso many people think they can alws use you as they please.” zhi_amaka: “Facts! If I borrow you money once and you refuse to pay back, I’ll let it go. But dem no born you well to come back again. No matter how small the previous debt was, shishi I no go give you!” kaybabycute: “Next time remember to pay back . Na me be this.” samueltruthfinder: “Age doesn’t define maturity. Why bring it on social media.” uniquestellp: “He should pay his debt. See now , it has turned around to bite him. The little things that really matters.” uzoma_alone: “Iol but somehow you treat people how they treat you …Bovi did the right thing but bringing it out here is a. Wrong idea.”

A post shared by The Tattle Room 🇳🇬 🌎 (@thetattleroomng)