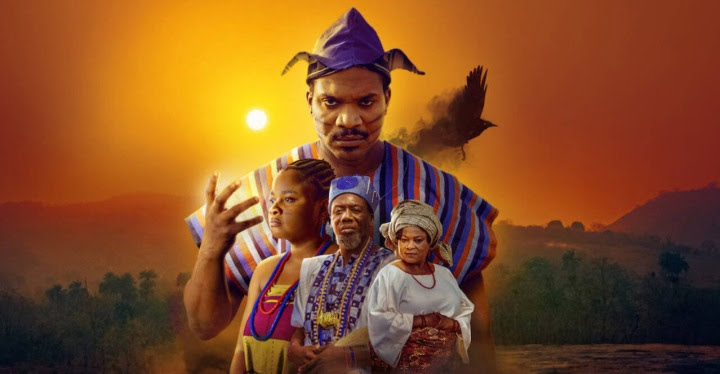 Ever since Kunle Afolayan released his debut film a decade ago, the Kunle Afolayan/Golden Effects production have continued in dishing out engrossing, engaging visual narratives.

When the release date for Anikulapo, the latest work from KAP stable was announced months ago, there was no doubting that the previous film standards would trail the likes of Figurine, October 1, CEO, A Naija party, Phone Swap, Citation and Swallow. True to this expectations of his teeming fans, the Agbamu-born filmmaker did not disappoint in telling a compelling feature-length film with such grit and expert directorial genius.

The set designs, props and costumes altogether, roundly depicted the times in which the movie was captured. Even the make-believe tribal marks worn by the cast was a reflector of the Old Oyo facial outlooks of both young and old, male and female; the dialogue all through the 120-something runtime was creatively endowed with the prehistoric use of adages as well as the Yoruba symbolism and spirituality. Not to fail to mention that the picture quality of the movie ranks second to a Hollywood class.

The Anikulapo story was set in ancient Oyo Empire, in a time when the Alaafin – the Emperor-King of the Oyo people alongside the Chief -in- Council practised a classic version of democracy. It was also a time when Trans-Atlantic slave trade was just finding its root in South-west Nigeria.

The movie was inspired by Ifayemi Elebuibon. With the opening scene underlain with the voice of a narrator who shares that in the ancient Yoruba culture, internment was forbidden as the dead would be taking to Igbo Ifehinti, so as to be visited by the wandering, mystical bird, Akala (vulture), so believed to have the power of resurrecting the dead.

Flashback: Anikulapo is a story about a sojourner named Saro (Kunle Remi), who in search of golden fleece, found refuge in Oyo. Fate smiled upon him and was welcomed warmly by the successful merchant, Awarun (Sola Sobowale), who helped in seeing that his cloth-weaving business was established and flourished. Although, he warmed her bed at night.

Driven by his insatiable sex appetite, he became sexually attracted to the youngest Queen, Olori Arolake (Bimbo Ademoye), and they both consummated their lust with several episodes of sexual encounters. Unfortunately for both of them, the royal household got wind of this news leading to Saro’s untimely death in the hands of the King’s executioner, and his remains left to rot in the forest.

Akala had appeared amidst a mysterious smoke to raise the dead Saro, when the bird was attacked by Saro’s estranged lover, Arolake with a stick. The bird hurriedly flew away leaving behind the source of its power, a magical gourd.

Anikulapo is centered around the theme of love and patience, lust and sexuality, pride and vengeance – and death.

The duration of the film dragged for too long leaving out crucial element of the play. For instance, the significance of the agent of death, the Akala bird, in the movie was briefly depicted. Perhaps, if the bird has featured more scenes it would not have left many hanging when the film ended abruptly.

Since its release, one of the scenes of Anikulapo which has raised questions on the sanctity of the Yoruba culture that this movie aimed to preserved, is the scene where the Arolake played by Bimbo Ademoye, where she was unclad. A sex scene?

I think the director was caught in between two worlds: a world of crisscrossing a narrative of the Nigeria of the 1700s and the 21st century, something to keep fans glued to their smart devices. In my own opinion, it was a catcher, something to kickstart an ongoing conversation not necessarily to condescend the roles of our super African woman.

Quite an ambitious project, the movie was set for a global audience, so you must understand the dilemma and harsh decisions of the director at the time of shooting.

Another flawed part was the last scene, fans were left hanging as to what became of Saro. Did he resurrect again? Why don’t we have a VO as we had it at the beginning of the movie telling us what became of Saro. Viewers were deprived of what the true message of the play really meant.

All in all, the movie is a good cultural symbol of the Yoruba people and one of the best creative exports from Nigeria to the globe.

Tunisia bows out of the World Cup despite 1-0 win over defending champions France!

Students Gift Teacher a Cane at His Wedding Reception

ATTWON to Honour Lai Mohammed, Kangiwa, Runsewe, Others on December 7

Tunisia bows out of the World Cup despite 1-0 win over defending champions France!

Students Gift Teacher a Cane at His Wedding Reception

ATTWON to Honour Lai Mohammed, Kangiwa, Runsewe, Others on December 7