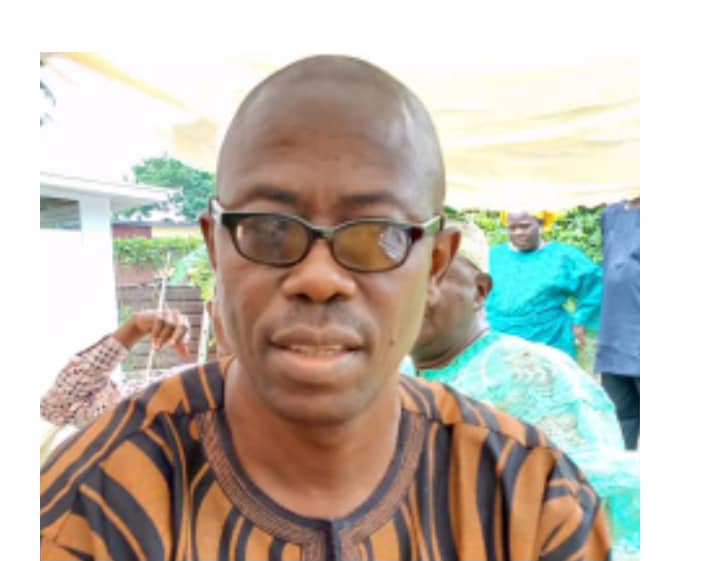 To the dominant groups of the Nigeria power brokers and the most active rump of the ruling elite, the fear of the Permanent Voter Card (PVC) is the beginning of wisdom.

This begs the question: what is it about the PVC that drives such craven fear and trembling into the hearts of these battle-tested campaigners; that makes their pulse race like that of a condemned murderer for whom the bell tolls indicating the final hour of execution? Why do these business-as-usual political jobbers and journeymen go weak-kneed and their heart beats go pit-a-pat at the merest mention of PVC?

Lately, the catch-phrase has been: Go get your PVC! Funnily, it would seem, some churches have gone to the ridiculous extent of slamming their doors shut in the face of members yet to register and get the all-important minuscule card; some private clinics and popular hospitals as well as some corporate offices have equally kept their doors shut in the face of un-PVC-ed patients and clients respectively.

A particular Catholic Church parish recently created internet brouhaha, when the parish priest (real and authentic from all indications) refused to conduct Mass and administer the Holy Communion to his parishioners who did not display their PVCs. He had commanded the erring sheep, as though pointing them to the Cross of Calvary: “Go, my children, and get your PVC!” A similar development, albeit less sacerdotal and, hence, less of cosmic and transcendental, was seen on social media very recently. A seemingly public-spirited medical doctor was seen treating a motley crowd of sick folk who had no money to pay for their treatment but were armed with their PVCs. Curiously, again, the doctor had shooed off from his hospital premises patients who didn’t possess the PVC! “Go to the north, even children younger than five years carry their PVCs like passes to heaven!”, the doctor had expostulated.
How come that that little piece of paper, a little card utterly shorn of aesthetic features carries such power, almost like the power of life and death? Records, however, show that many societies in the past had attached enormous significance to the PVC such that the possession of it was considered tantamount to the possession of power itself. For instance, whilst men enjoyed the voting rights, woman suffrage did not take effect until after decades of agitation and protest in the U.S. The 19th Amendment to the US Constitution was passed by Congress on June 4, 1919, and ratified in August 1920. Black men were given voting rights in 1870, while black women were effectively banned until the passing of the Voting Rights Act of 1965. Accordingly, when the United States Constitution was ratified in 1789, a small number of free blacks were among the voting citizens. These privileged enfranchised few were the male property owners in some states rather than the whole nation.
Thus, the so-called Snyder Act of 1924 admitted Native Americans born in the US to full citizenship. Though the Fifteenth Amendment, passed in 1870, granted all US citizens the right to vote regardless of race, it was not until the Snyder Act that Native Americans could enjoy the rights granted by this Amendment. Furthermore, under what was termed the Equal Franchise Act of 1928, women in England, Wales and Scotland received the vote on the same terms as men. Also called the Representation of the people Act of 1928, this piece of legislation had empowered both men and women over the age of 21 to cast their ballot in general elections. However, before 1918 only 58% of the adult male population was eligible to vote, and this came on the heels of the suffrage movement and the Labour Party.
All told, the PVC, as it were, was used to differentiate citizens from slaves and beasts of burden. Hence in the US in particular, constitutional amendments have always been a regulatory mechanism deployed to either hinder and hamstrung certain social groups from voting or foster the enfranchisement of others, particularly white republicans.

It is within this overarching context that we can situate Trump’s alt-right white supremacy pieties and his Make-America-Great-Again (MAGA) mantra. Thus the January 6, 2021 pro-Trump insurrection on the Capitol was a tipping-point in the tsunami of the White Anglo-Saxon Protestant (WASP) exceptionalism symbolised in the popular collective imaginary by President Donald J. Trump, the Bully of Civilisation and Decency.

In the aftermath of the shellacking of Trump and his Republican Party in the 2020 presidential election, Republican-controlled states have been tinkering with their state constitutions to further disenfranchise peoples of colour in particular and ethnic minorities in general. Future elections in America are going to be a high-octane, cloak-and-dagger, if not downright fire-and-fury, affair.

What, then, shall it profit a wo/man if s/he has the whole world but does not possess a PVC? As stated above, the power, the constitutional warrant to vote is the ultimate measure of human worth. S/he who cannot vote is no better than a beast of burden, say, an ox, a donkey or a camel, or worse still, a chattel slave. It is, therefore, not for nothing that slaves were not allowed voting in most slave-owning societies and cultures, right from Classical times to the contemporary era. Anyone who for any reason whatsoever is disenfranchised is a slave, QED!

The caveat, though, is that, should anyone above the voting age refuse to vote during elections, they are no slave. In fact, they are exercising their freedom of conscience and choice.

Power brooks no opposition; it craves total obeisance from the collectivity and insists on the subordination of the popular will. Fiat is its enabling elixir and diktat its unquestionable bluster a la military dictatorship.

The Constitution and constitutionalism are kneaded into the ground under the jackboots as military decrees take effect. Thus institutions quake to their foundations at the booming decibels of the Voice of Big Brother, the Big Man in khaki. The swagger-stick is magic wand with which power wills into being its fantastical projections. Postcolonial Africa has always been a veritable menagerie for such power perverts and barn-burning grotesqueries.

A short roll-call will suffice. Jean-Bedel Bokassa of Central African Republic in 1972 declared himself “President for Life” and later crowned himself emperor in 1977. Idi Amin Dada called himself the “Conqueror of the British Empire”. Standing at a formidable 6ft 4in tall, Amin’s imposing stature matched his imposing bloody-mindedness and genocidal frenzy. Nicknamed the “Butcher of Congo”, Idi Amin had massacred ethnic minorities and disabled people whom he fed to crocodiles in the Nile. Robert Mugabe was a freedom fighter and gentleman turned genocidal.

He was a poster-boy for tyranny, plunging Zimbabwe into the abyss of insolvency and biblical immiseration. Charles Taylor was a Liberian warlord who practically turned his country into one mega-abattoir and necropolis.

He was as psychopathic as they come. Jean Kambamda of Rwanda, Omar Hassan Ahmad Al-Bashir of Sudan and Hissène Habre of Chad, all were found guilty of various human rights abuses including rape, mass murder, racism, sexual slavery and genocide.

But how has demos kratos (democracy), government by the people, fared in postcolonial Africa? Is it not observed and practised more in breach than in the proper way? What, therefore, passes for democracy here is autocratic authoritarianism, sit-tightism dynastic self-perpetuation (i.e., sons and daughters taking over the reins after the eventual expiration of patriarchal dinosaurs).

Add to the mix abuse of office exemplified by impunity, nepotism, clannishness, ethnicism and cronyism energised and powered by prebendalism and institutionalised booty-sharing.

Small wonder, Africa has been hit by a spate of coups that threaten to return the Dark Continent to the “antediluvian” ’80s when military dictatorship was the order of the day. Burkina Faso, Chad, Guinea, Sudan and Mali have all seen their governments overthrown and replaced with a military junta.

Also failed coup attempts in Central African Republic (CAR) and Guinea-Bissau indicate all is not well on the continent. The Tigray Region in Ethiopia is at war with the rest of Ethiopia due to feelings of marginalisation and injustice.

Non-state actors, mostly ideologically-confused opportunists and blood-thirsty bandits are playing havoc with the lives of married women and girls who are being used as sex slaves in some parts of the north and other African countries. This is because politicians have failed spectacularly to deliver on the promised dividends of democracy.

Everywhere on the continent, democracy is beating an ungainly and hasty retreat in the face of rampant and rampaging civilianised dictatorship. What stares you in the face, as a consequence, is a depressing tableau of misbegotten spawn of ill-digested democratic principles and topoi.

Non-state actors, mostly ideologically-confused opportunists and blood-thirsty bandits are playing havoc with the lives of married women and girls who are being used as sex slaves in some parts of the north and other African countries. This is because politicians have failed spectacularly to deliver on the promised dividends of democracy.

Everywhere on the continent, democracy is beating an ungainly and hasty retreat in the face of rampant and rampaging civilianised dictatorship.

What goes on under the name of democracy, therefore, is never-ending witch-hunting of political opponents executed through known and hooded goons of state, official larceny and the promotion of lawlessness. Such is the gravity of the times that serious fears persist as to the “independence” of the electoral umpire, notably in the age of Bullionaires.

With the unceasing pauperisation and, hence, the disenfranchisement of the people by the ruling class, not a few lose all interest in electoralism, in civil(ian) governance, preferring instead to husband their meagre resources to make their individual lives confortable, thereby committing the larger society to the Devil and his infernal cohorts – the politicians.

Under these circumstances, the PVC becomes a distraction; an encumbrance. As it is, most people see it as a millstone rather than a mile-stone or a stepping-stone to abundant life, the dreamed-of Eldorado.

Sick to the pit of their stomach, waiting for Godot ad nauseam, the ranks of the electorate continue to shrink more and more, leaving only islands and silos of ethnic yes-men and women who, for the sheer survival of the ethnic group in a multi-ethnic coliseum, manage to keep the faith, but not without humongous IOUs promised them in the form of appointments and contracts in future, should the pendulum swing their way.

Against the backcloth of limited and stark choices, the crusade for the possession of the PVC has become the be-all-and-end-all at this present historical conjuncture.

The PVC, it would appear, signifies mass desperation to terminate the current Dantesque inferno in which Nigerians are being skewered and barbecued. It also indicates a collective demonstration of compunction and gumption for the Great Mistake of 2015 and 2019 as well as the urgent desire to write the wrongs of history, their-story.

The mass quest for the PVC equally suggests vestigial and regnant faith in the democratic culture: the one-manone-vote ethos which undergirds the supremacy of the collective will. In more ways than one, it is arguably indicative of the sacrosanctity of the ballot, a sign of the country still belonging to the tribe of higher primates.

Yet in spite of the foregoing riddling excursus, it does seem we have succeeded in refusing to address the elephant in the room. Why does the merest mention of PVC cause such palpitations in the heart of power? Why does the earth rock and roil under the sandaled feet of privilege when people randomly say: GO GET YOUR PVC? Pray, who is afraid of the PVC?