Who is stealing our oil? 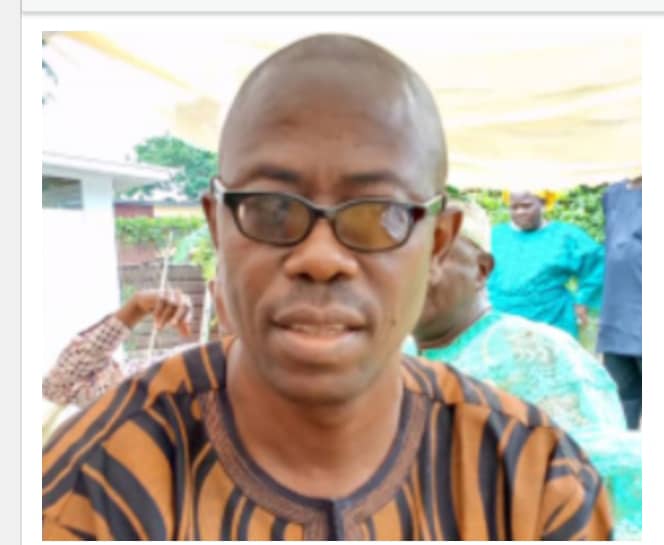 Anyone who steals Nigeria’s oil is, in effect, stealing Nigeria itself. This is so because Nigeria as a corporate entity has been described as a mere collection of fragments held together in a delicate clasp. And the glue which holds it together up until now is unarguably oil. Most informed Nigerians have wondered how Nigeria could continue to survive without oil.

Ironically, a prominent and respected columnist perceptively quipped Sunday before the last that “[T]he sale of crude […] appears to be the sole purpose of postcolonial governance”. But, more worryingly, when private individuals arrogate to themselves the exclusive title to the black gold, nature’s stupendous munificence to a beggarly nation, you know there is cause for concern.

Since the discovery of oil in commercial quantities on Sunday 15th January 1956 by Shell Darcy at Oloibiri in present-day Bayelsa State, oil has remained the economic mainstay of the country.

Inexplicably, successive regimes in Nigeria have done pretty little to diversify the economy to ease the nation’s overwhelming dependence on oil.

You are, perforce, made to wonder how the country had survived before oil or whether the British colonial masters would have left us to our own devices if they had discovered our oil much earlier than they did.

In his book entitled The Political Economy of Oil and Gas Activities in the Nigerian Aquatic Ecosystem, Sylvester Okotie remarks that Agriculture was the major source of Nigeria’s foreign exchange earnings through the exportation of cash crops such as rubber from Delta State in South-south region; groundnut, hide, and skin produced by the northern region; cocoa and coffee from the western region; and palm oil and kernels from the western region of the country.

Sadly, however, the discovery of oil in Nigeria’s Niger Delta Region, to all intents and purposes, has been a mixed blessing. While it has enriched and continues to enrich the country as a whole, it has been an interminable source of collective sorrow and pain to the beleaguered and hapless denizens of the oil-bearing communities in the Niger Delta.

To me after tome of critical-literary Jeremiads have been published by mainly educated sons and daughters of the environmentally-ravaged region. Titles such as JP Clark’s All For Oil, Ibiwari Ikiriko’s Oily Tears of the Delta, Bassey Nnimmo’s We Thought It Was Oil But It Was Blood, Helon Habila’s Oil On Water and several others highlight the divisive and destructive politics of oil in Nigeria.

Even G.G. Darah’s edited volume captioned From Boom To Doom encapsulates the catastrophic resource curse which oil has become for the postcolonial hell-hole. For decades, the poor masses in the Niger Delta region have been subjected ceaselessly to the deleterious and egregious (side-) effects of oil exploration and exploitation.

While Nigeria’s correctional facilities are bursting at the seams with small-time spivs, pickpockets and rogues, the big-time VIP thieves and robbers are roaming free in the country, footloose and fancy-free. They are living it up with the crème-dela-crème, and the high-and-mighty. What the foregoing highlights is the class dimension of stealing in Nigeria in general and oil theft in particular.

Since you cannot make omelette without breaking eggs, the exploitation and processing of oil have led, inevitably, to tragic incidences of ecocide, or habitat loss, environmental depredation, and the consequent loss of livelihoods for the farming and fishing communities. This is not to talk of the incessant gas flaring that goes on, day and night, causing unimaginably horrendous health hazards both for the flora and fauna, but particularly for the already utterly dispossessed and disenfranchised people.

Foreign oil conglomerates and the Nigerian government (as a rentier state) have had cause to address youth restiveness arising from feelings of injustice and inequity. Some of the big oil and gas companies have had also to engage the services of community liaison officers to help interface between oil companies and the host communities in the interest of peace.

The Niger Delta Development Commission (NDDC) has been a child of necessity in this regard, although, it has been enmeshed in one controversy after another, since inception. But for whatever it is worth, it has remained the official excuse for rapprochement between government and a bitterly dispossessed local people.

Yet the conundrum at the heart of the massively confounding charade is why critical national assets such as oil blocks should be owned by private individuals. Isn’t this anomalous arrangement also a form of oil theft? Nigeria purportedly has three oil refineries located in Port Harcourt, Warri and Kaduna.

But none of these refineries is operational! Yet, annually, billions of naira are allocated to them as what is euphemistically dubbed Turn-Around Maintenance (TAM) fund.

As if this was not heart-breaking enough, Dr Timipre Sylva, the Minister of State for Petroleum Resources, says that Nigeria loses 400,000 barrels of crude oil daily via oil theft.

Corroborating this devastating exposé, the Minister of Petroleum Resources and president of the country, President Muhammadu Buhari said that Nigeria must tackle oil theft. He made this statement during the inauguration of the Presidential Committee on National Economy which he inaugurated in his office on Friday 9 September, 2022.

Buhari revealed that economic sabotage has led to a decline at half the nation’s OPEC quota. What PMB did not adumbrate, however, is the fact that Nigeria is getting next to shishi of the windfall from the on-going Russia-Ukraine War.

The truth of the matter is that most OPEC member-nations are making overkill from the war which has sent prices of oil sky-high. Recall that this is dé jàvu: during the Gulf War (August 2, 1990 – 28 February, 1991) codenamed Operation Desert Shield/Desert Storm, Nigeria was said to have made an estimated $12 billion! And it incredibly went missing under the military junta of General Ibrahim Badamosi Babangida.

Constitutional lawyer and human rights advocate, Femi Falana, SAN has asked the EFCC and the ICPC to investigate this missing Gulf War windfall.

This begs the question, finally, who is stealing our oil? Are they of this earth? Human beings like you and I? Or, are they gnomes, dewilds and incubi straight from Daniel Oluwafemi Fagunwa’s Ogboju Ode Ninu Igbo Orumole/The Forest of a Thousand Daemons? Or ghosts from Amos Tutuola’s My Life in the Bush of Ghosts? Or UFOs from Hollywood’s Whodunit horror films?

Frankly, the more you think of it, the clearer the picture becomes. There is nothing earthshakingly new going on here. Like the Republic itself, this has always been a huge heist.

Go and listen to the lyrics of African China’s song about official stealing or Fela Anikulapo’s all-time hit entitled “Authority Stealing”. While Nigeria’s correctional facilities are bursting at the seams with small-time spivs, pickpockets and rogues, the big-time VIP thieves and robbers are roaming free in the country, footloose and fancy-free.

They are living it up with the crème-dela-crème, and the high-and-mighty. What the foregoing highlights is the class dimension of stealing in Nigeria in general and oil theft in particular.

Since the federal government itself has declared to the world that oil theft is alive and well (or, is it “hale and hearty and chatty”?) in the country, why haven’t the authorities arrested the privileged and powerful thieves? Don’t they have home addresses, phone numbers, offices, business associates, families, churches/mosques that they attend? Don’t they live and move and have their being in our midst?

Are they so powerful, so God-like that they are untouchable; above the law? Sani Abacha’s loot is still being repatriated; many post and serving government officials alleged to have billions of dollars stached away in offshore foreign bank accounts are living large here while millions of their compatriots are living below the poverty-line.

Ahmed Idris, the disgraced former Accountant-General of the Federation is still facing prosecution over ₦80 billion fraud. Because of the nefarious activities of unpatriotic elements such as Ahmed Idris and his ilk (namely oil thieves!), Nigeria is considered broke.

The on-going ASUU strike action is due largely to government’s inability (and unwillingness) to meet ASUU’s legitimate and patriotic demands. 18.5 million Nigerian children are out-of-school owing to paucity of funds to cater to their educational needs. Compared to some African countries such as Egypt, Morocco and South Africa, Nigeria is largely a rural, backwater country still stuck in the past. The mood is perpetually foul with mass hunger in the land. Unemployment is at an all-time high with the crime rate clearly unmanageable for our security agencies.

Nigeria is living through an Apocalypse as it is and is, technically, in a state of war.
Oil, Nature’s boon to Nigeria and her peoples, has become an instrument of doom, a classic “resource curse”, destroying land and sea, flora and fauna, rendering communities homeless and without means of livelihood and turning a whole region into a Gehenna of constant militancy and unrest. Such is the desperate state of affairs in the Niger Delta region that the federal government has ceded supervisory and surveillance duties in regard to its oil-and-gas installations to a chieftain of the former Movement for the Emancipation of the Niger Delta (MEND), Government Ekpemupolo, aka Tompolo.

It cannot get more intriguing. It is bad enough that oil bunkering fuelled by poverty, neglect, greed, lack of monitoring and sabotage has crippled oil activities for the government to a significant extent. It is absolutely disheartening that high-ranking security officers and members of oil companies themselves are actively involved in oil theft.

A problem identified, they say, is half-solved. Accordingly, since the government has discovered the problem of oil theft and its devastating effects on our economy and corporate existence, it should be courageous enough to tackle the problem. It should without further dilly-dallying name and shame the criminals. Publish their names and identities in the media. Prosecute them immediately.

Freeze their bank accounts. Seize their international passports and make an example of them; and, while at it, the federal government must as a matter of urgency step up surveillance around our oil and gas installations. It should also be patriotic enough to fix our refineries and make them operational again. There is urgent need to reconcile with, and rehabilitate the violated denizens of the oil-bearing communities in the Niger Delta region.

As the climate crisis assumes apocalyptic proportions, the authorities must redouble their effort in cleaning-up the polluted patrimony and also reparative justice must be done to the dead and living-dead in the oily wastes of the Delta.