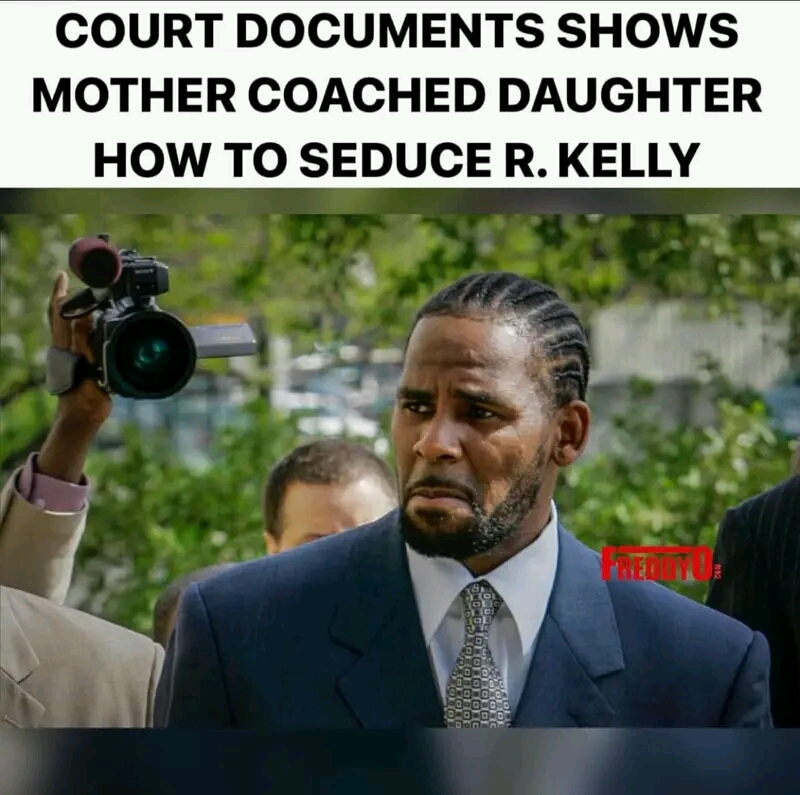 The American singer R kelly was called out on sexual abuse and trafficking.
Admist the case; an evidence case file has revealed how a mother coached her daughter whose name is Jane, to seduce R Kelly after the girl told her mom about her feelings for the singer.
The Jane Doe, was introduced in the federal case against Kelly as “Angela”.

Jane Doe who was R. Kelly’s background dancer testified that the singer started sexually abusing her when she was 14 or 15 in the early 1990s.
Angela was one of the victims that made statements.
She said that “with every addition of a new victim, you grew in wickedness”.
On this day of sentencing “we reclaim our names”, she said. “We are no longer the preyed-upon individuals we once were.”
The evidence case document eventually had revealed how Jane’s mother coached her to seduce R kelly. 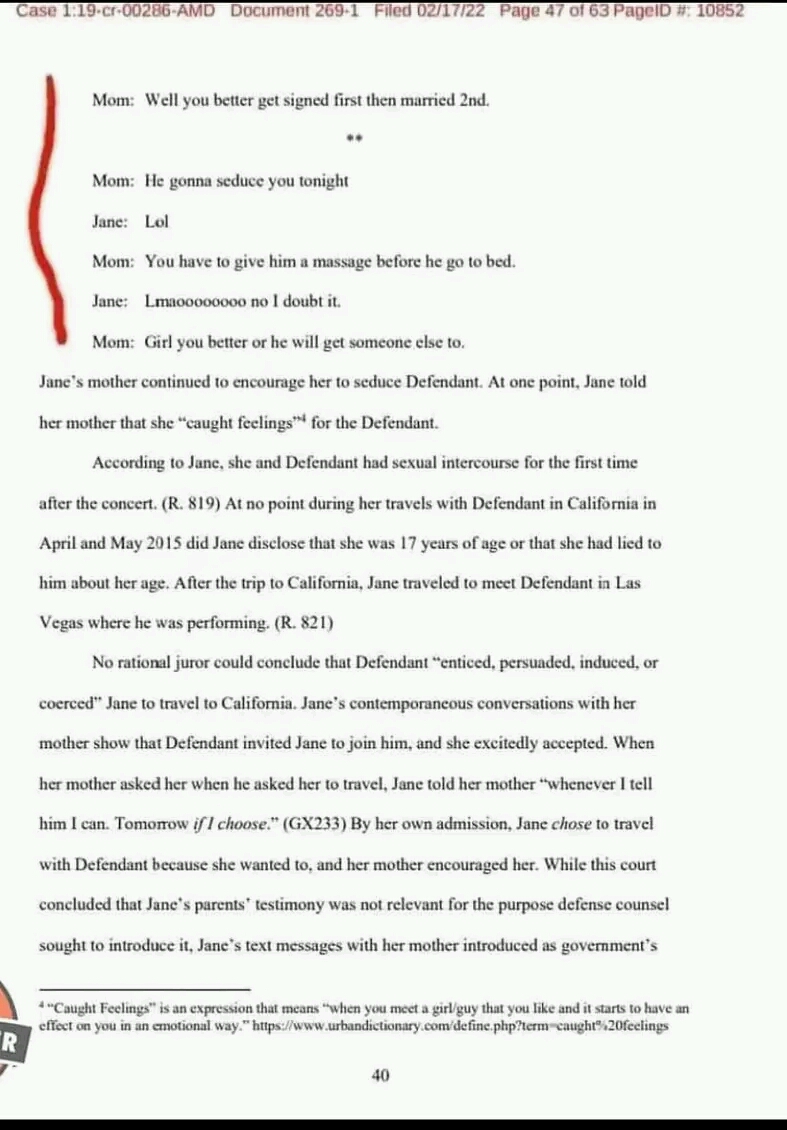 R. Kelly ‘s sisters also had come out to defend him.

Lisa Kelly personally believe that her brother is the only victim in his alleged sex crimes case and all that surrounds it.
In an interview with the U.K.’s Good Morning Britain on Wednesday (July 27), R. Kelly’s three sisters sat down with the show’s North America correspondent Noel Phillips to hear their side of the story in regards to the singer’s racketeering and sex trafficking case.
When speaking on the fact that R. Kelly was recently hit with a 30-year prison sentence after being found guilty on the aforementioned charges, the three women each came to Kelly’s defense.
With Lisa Kelly doing most of the talking, Phillips asked if the sisters could “acknowledge” the Chicago crooner’s victims.
“I’m not going to acknowledge something I don’t have proof of,” replied Lisa Kelly at the 3:38-mark in the video below. “If there’s a victim, I will acknowledge. But from what I’ve seen in court, and from what I’ve studied and from what I’ve read, the only victim I’ve seen that’s been stolen from, lied on, is Robert.”
From there, the GMB interviewer pressed Kelly’s sister about her statements.

Phillips asked: “How can you sit here and say R. Kelly was the victim? A lot of people will be confused.”
“I just told you,” Lisa Kelly continued. “I don’t care about ‘what a lot of people.’ I can only go by what I see, what I know, what I’ve experienced.”

R. Kelly ‘s sisters’ opinions on his current situation come just about two weeks after reports surfaced that Kelly is engaged to be married to one of his alleged victims, Joycelyn Savage. Prior to Kelly’s sentencing on June 29th, a letter written by Savage announcing the engagement was sent to Judge Anne Donnelly, the judge who presided over Kelly’s case in Brooklyn, N.Y. and sentenced him to 30 years behind bars, in hopes that it would potentially lead to Kelly serving less prison time.