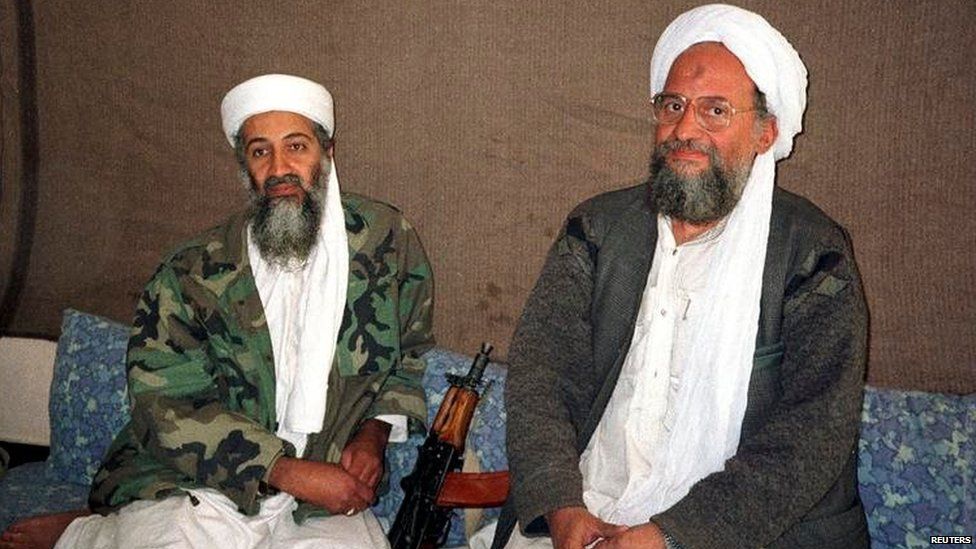 The US has killed the leader of al-Qaeda, Ayman al-Zawahiri, in a drone strike in Afghanistan, President Joe Biden has confirmed.

He was killed in a counter-terrorism operation carried out by the CIA in the Afghan capital of Kabul on Sunday.
He and Osama Bin Laden plotted the 9/11 attacks together, and he was one of America’s “most wanted terrorists”.
Mr Biden said Zawahiri had “carved a trail of murder and violence against American citizens”.

“Since the United States delivered justice to bin Laden 11 years ago, Zawahiri has been a leader of al Qaeda,” Mr Biden said. “From hiding, he co-ordinated al Qaeda’s branches and all around the world, including setting priorities for providing operational guidance and calling for and inspired attacks against US targets.”

“Now justice has been delivered and this terrorist leader is no more,” he added.
Zawahiri took over al-Qaeda after the death of Bin Laden in 2011.
Officials said Zawahiri was on the balcony of a safe house when the drone fired two missiles at him.

Other family members were present, but they were unharmed and only Zawahiri was killed in the attack, they added.
Mr Biden said he had given the final approval for the “precision strike” on the 71-year-old Egyptian after months of planning.

His killing will bring closure to families of the nearly 3,000 victims of the 2001 attacks, Mr Biden added.

“No matter how long it takes, no matter where you hide, if you are a threat to our people, the United States will find you and take you out,” said Mr Biden, adding that “we shall never waver from defending our nation and its people”.

Mr Biden said Zawahiri had also masterminded other acts of violence, including the suicide bombing of the USS Cole naval destroyer in Aden in October 2000 which killed 17 US sailors, and the 1998 attacks on the US embassies in Kenya and Tanzania, in which 223 people died.

He insisted that Afghanistan would never again become a safe haven for terrorists.
A Taliban spokesman described the US operation as a clear violation of international principles – but did not mention Zawahiri.

“Such actions are a repetition of the failed experiences of the past 20 years and are against the interests of the United States of America, Afghanistan and the region,” the spokesman added.

However, US officials maintained that the operation had had a legal basis.

The killing of Zawahiri comes nearly a year after US troops completed their withdrawal from Afghanistan on the orders of Mr Biden, bringing an end to a 20-year military presence there.

Under a 2020 peace deal with the US, the Taliban agreed not to allow al-Qaeda or any other extremist group to operate in areas under their control.

However, the Taliban and al-Qaeda are long-time allies and US officials said the Taliban were aware of Zawahiri’s presence in Kabul.

In background briefings, US intelligence officers said Taliban affiliates had visited the safe house after the strike in an attempt to cover up evidence of his presence there.

US Secretary of State Antony Blinken said that by hosting and sheltering Zawahiri in Kabul, the Taliban had “grossly violated” the peace agreement.

An Egyptian doctor who was imprisoned in the 1980s for involvement in militant Islam, he left the country after his release and became involved in violent international jihadist movements.

Eventually he settled in Afghanistan and joined forces with a rich Saudi, Osama Bin Laden. Together they declared war on the US and organised the 11 September 2001 attacks.

It took a decade for Bin Laden to be tracked down and killed by the US. After that, Zawahiri assumed leadership of al-Qaeda, but he became a remote and marginal figure, only occasionally issuing messages.

The US will herald his death as a victory, particularly after the chaotic withdrawal from Afghanistan last year, but Zawahiri held relatively little sway as new groups and movements such as Islamic State have become increasingly influential. A new al-Qaeda leader will no doubt emerge, but he will likely have even less influence than his predecessor.

The drone strike is the first known US intervention inside Afghanistan since the military pullout last August and, despite the withdrawal, the decades-old “war on terror” grinds on, the BBC’s North America Correspondent John Sudworth observes.