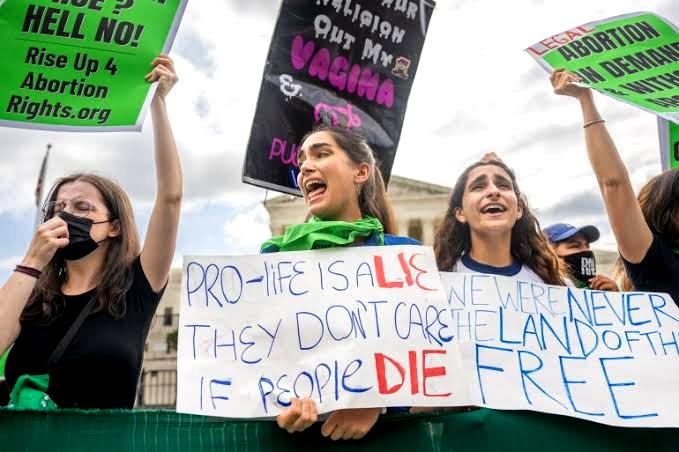 The US Supreme Court on Friday gave a landmark ruling that ended the right to abortion in the country, an ongoing debate for most part of the decade.

This ruling shed came as a lighthouse in an uncharted course, a deliberation that has mostly contested and corrosively fought with the American body politic.
By the verdict, the conservative-dominated court finally overturned the landmark 1973 “Roe v Wade” court decision that gave women the right to an abortion.

“The Constitution does not confer a right to abortion; Roe and Casey are overruled, and the authority to regulate abortion is returned to the people and their elected representatives,” the court said.

“The Constitution does not prohibit the citizens of each State from regulating or prohibiting abortion,” he said.
The opinion shredded the 1973 Roe v. Wade ruling by the nation’s highest court that said women had the right to abortion based on the constitutional right to privacy over their own bodies.