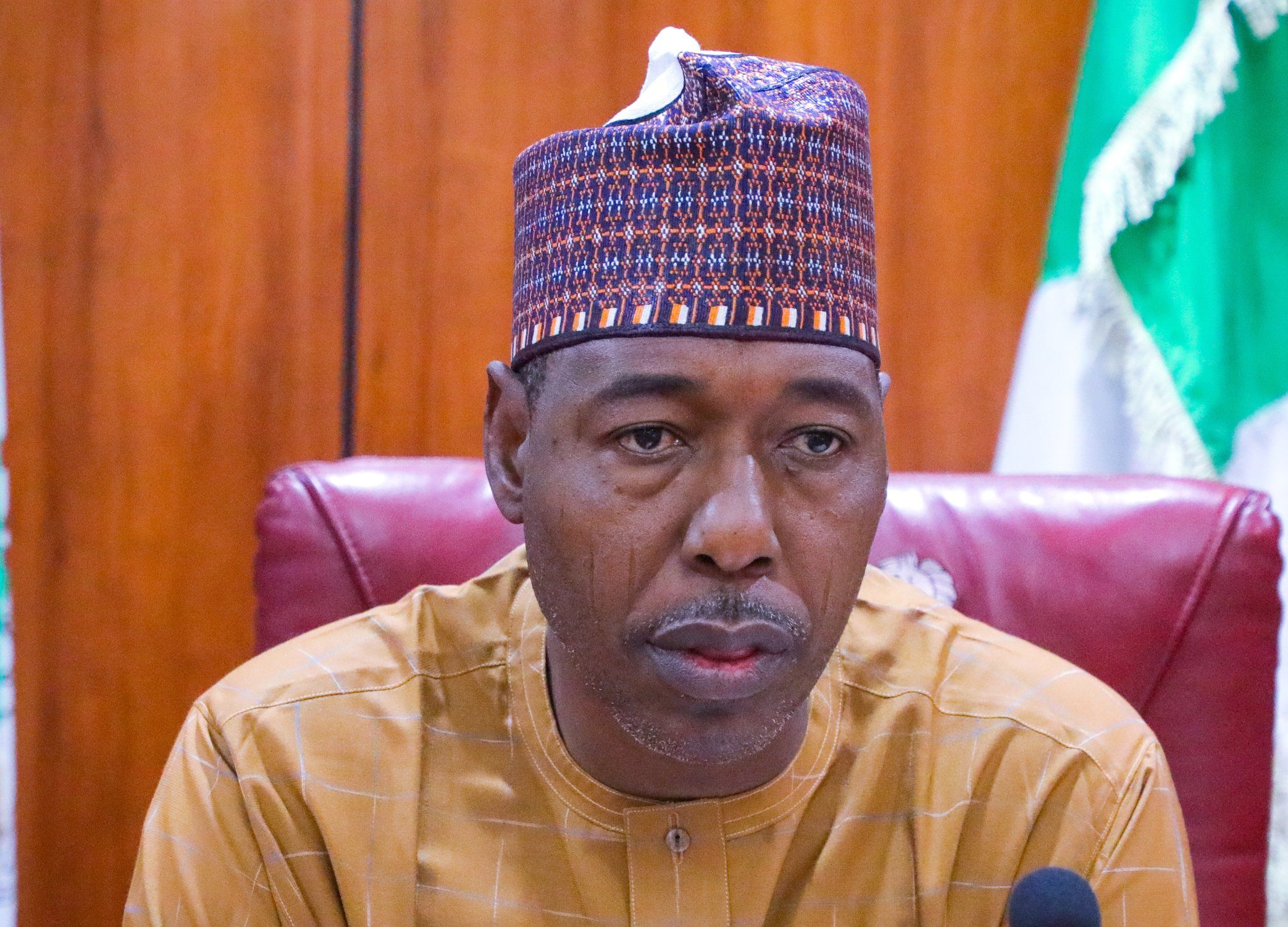 The dissolution, which is with immediate effect, was contained in a statement signed by the permanent secretary, administration and general services, Danjuma Ali on behalf of Secretary to the State Government and made available to journalists by the Governor’s spokespersons from the press unit of the Government House in Maiduguri.

The members were directed to handover affairs to permanent secretaries in their ministries.

The statement explained that the dissolution is to create enabling environment for interested members of the EXCO to legally participate in forthcoming primaries and congresses of the All Progressive Congress, APC.

Zulum, according to the statement, expressed deepest appreciation to members of the executive council for unquantifiable contributions while they held offices and wishes them the best of luck in future endeavors.