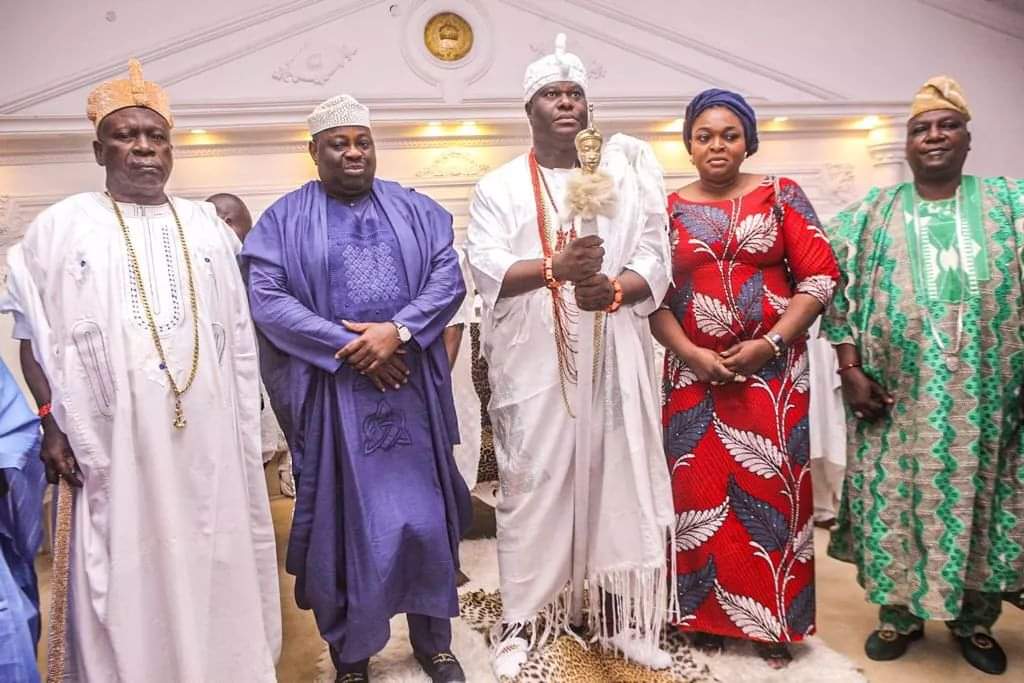 At the Ooni’s palace, Aare Momodu said his visit was for royal blessing because Ile-Ife was where he was born and lived his early years.

He said it was time to quit the fence and offer Nigerians credible leadership and that was why he is in the race.

Ooni who spoke in Yoruba, showered the media baron and Chairman, Ovation Media Group with prayers while adding that “nobody should underrate Dele Momodu because he is destined for greatness”

At Olufi’ s Palace, the amiable monarch declared his support for Aare Momodu and also showered him with prayers.

During his courtesy visit to the University, the Vice Chancellor, Prof. Eyitope Ogunbodede said Aare Momodu is a thoroughbred Nigeria and a source of inspiration for the youths.

He was later decorated as a distinguished alumnus and presented with gifts.