APC ZONES PRESIDENCY TO THE SOUTH 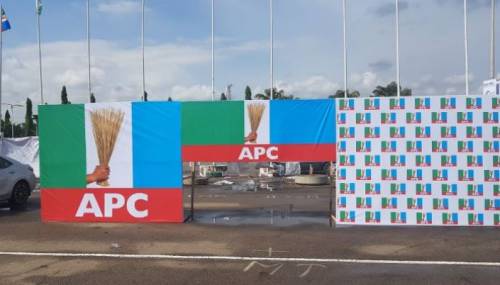 The Governors’ Forum of the ruling All Progressives Congress (APC) have stated the party’s stance on zoning as it concerns the general elections in 2023. This was made known after an emergency meeting at the Presidential Villa in Abuja on Tuesday with President Buhari and Governors.

After consulting with President, the Governors proceeded to the Council Chambers to declare their unanimous decision. From the body language and statements thereof emanating from the forum, it was officially announced that the party has zoned to the South its presidential ticket for general elections in 2023.

Speaking on behalf of the Governors, the Kaduna State Governor Malam Nasir El-Rufai was quoted as saying: “We have agreed a zoning formula for all the six geo-political zones. Essentially, northern zone will have the positions the South had in the last eight years and vice versa.

Governor El-Rufai said zoning was a “simple, equitable and fair formula”. He also that the National Convention of the party will tale place on the 26th of March.

Present at the crucial meeting were Vice President Yemi Osinbajo; Secretary to Government of the Federation (SGF) Boss Mustapha and the Chief of Staff to the President, Prof. Ibrahim Gambari.