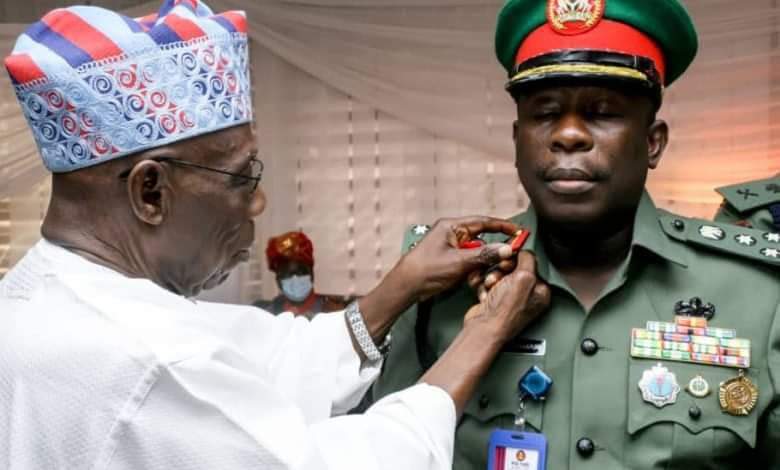 On what one may describe as a historic occasion, former President Olusegun Obasanjo, GCFR, yesterday, Wednesday 19th January 2022, at the headquarters, Nigerian Army Engineer Corps, Lagos, decorated his newly promoted son, Adeboye Obasanjo, with the rank of a Brigadier General in the Nigerian Army.

According to reports, the former President and Commander-in-Chief of the Armed Forces of the Federal Republic of Nigeria were accorded a rare privilege by the military authorities to decorate his son with his newly acquired promotion of a Brigadier-General at the Headquarters of the Nigerian Army Engineers Corps at the Bonny Camp, Lagos.

The former President was accompanied by Towulade of Akinale Kingdom of Egbaland, Oba Olufemi Ogunleye, to the occasion.

He also attended courses both in Nigeria and abroad. He also served in various formations and units of the Nigerian Army, where he held different appointments.

The Nation TRIBUTE TO EXCELLENCE