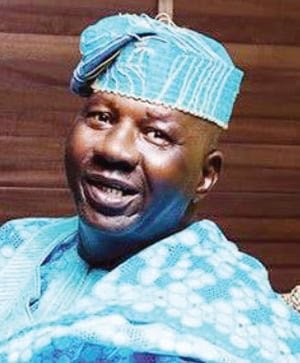 The massive crowd that thronged the residence of Late Babatunde Omidina a.k.a Baba Suwe had come from far and near to pay their last respect to a man whose jocularity, freed spiritedness and comic talents gave expression to the development of the Yoruba movie industry.

Aliased “Adimeru”, the late Omidina was known for his undeniable comic characterisation in movies ever since his debut with the classic “Iru Eshin” movie in the early 90s.

Born in Lagos Island and schooled in the hinterlands, Baba Suwe was an embodiment of a professional comedian, an actor, a storyteller and above all, a mentor to several other comic acts who came after him.

Having suffered health collapse in the later part of his years, a recourse to an encounter he had with the drug law enforcement agencies some years ago when he was accused to have couriered some kilos of cocaine, the famed actor was off the public domain for not less than 8 years before his eventual demise.