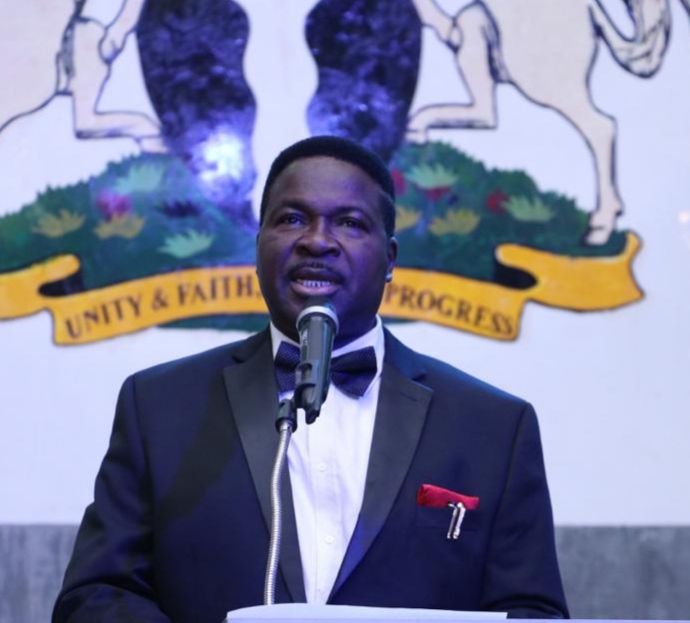 Mike Abu Agbedor Ozekhome;
Does that name ring a bell?
Of course, it does!;
Both in Nigeria and beyond!
Few can feign ignorance of this icon –
A legal giant without compare;
Who has bestrode his clime like a colossus;
And taken everything into his ken
Right from the get-go, when he joined the Bar –
He has excelled like few others;
Rising to the very top to become a SAN;
There is certainly no doubt about his class
No, his fiery advocacy has been there for all to see –
In every medium: TV, print and social media;
Fearless, he never shies from controversy
As he is the scourge of men of power
And a champion of the oppressed –
The voiceless and the hoi polloi;
His passion for justice is beyond genuine –
To him it is almost a divine commitment
Hardly surprising, as he learned from the best –
The one and only Gani Fawehinmi (rip) –
Together, they fought military dictatorships;
And, he continues to do so following Gani’s death
Chief Ozekhome is a darling of the media –
He is a journalist’s delight –
Blessed with the gift of the garb –
He writes and speaks with profound insight
This has earned him universal acclaim;
Manifesting in countless garlands and laurels –
From all over the place – both far and near;
Academic, traditional and others – so wide is his fame

Indeed, he is an inspiration and an exemplar –
Of the role of the advocate in a developing country;
If only we had more like him –
Perhaps, we would have fared better!

So, as he celebrates his arrival on this earthly abode –
Here is wishing him all the very best – and more;
For, his likes are born, and not called;
As he was, 3 score and 4 years ago