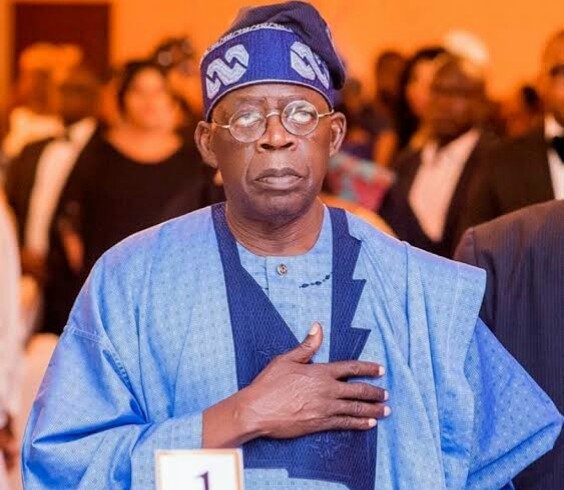 Hitting the ground running to spread its gospel about arguably, the most-talked-about Nigeria political juggernaut in recent decades, Asiwaju Bola Ahmed Tinubu, the Nigeria Diaspora for Asiwaju (NDA), a partisan Group routing for Tinubu Presidency come 2023 is storming the Centre of Excellence, Lagos State today, Wednesday, September 8, 2021 for sensitization of the public about Asiwaju’s presidency in 2023 with a message of hope for the despondent, relief to the devastated and reprieve to the forlorn.

The decision to kick-start from Lagos is not unconnected with the fact that charity, they say, begins at home. Lagos is Asiwaju’s source.
The Nigeria Diaspora for Asiwaju (NDA) is a partisan Group put together by some eggheads from the Diaspora who came together to promote the candidacy of the National Leader of the All Progressives Congress, APC, Asiwaju Bola Ahmed Tinubu to succeed the incumbent President Muhammadu Buhari in 2023. It stated in its inaugural message to the public that having considered all the permutations, parameters and political arithmetic, Asiwaju Bola Ahmed Tinubu remains the only candidate that cuts across all the divides.

A man with the magic wand for turnaround panacea.The Group noted with admiration that the several incontrovertible milestones the incumbent Buhari-led administration has achieved in such a little time and with lean resources, Asiwaju Tinubu, the Jagaban of Borgu Kingdom remains the only candidate with the requisite financial wizardry and political clout to consolidate on the legacies of the Buhari/Osinbajo leadership. For a man who took Lagos State from bankruptcy to financial el dorado within 8 years, it is only an understatement that such a man is a wizard in governance.

While speaking further, the Director-General of the Nigeria Diaspora for Asiwaju (NDA), Dr. Akin Lee Badeji speaking from his London office, the headquarters of the Group affirms that the ‘Market Storming’ of the Group was meticulously planned to send a strong message to the public that the gospel of Asiwaju Tinubu presidency is no joke. And that Asiwaju remains the only centripetal force that can further navigate Nigeria through her murky waters of uncertainties. He said this is even glaring in the face of recent comments by his fiercest critics that Asiwaju Bola Tinubu is Nigeria’s best hand to take over from President Buhari.
Corroborating further the Director-General of the organisation, its Nigeria Coordinator, Mr. Omogbolahan L.A. Babawale hinted that the ‘Market Storming’ is not a campaign really, but a sensitization tour across the country starting with Lagos State to promote the candidacy of Asiwaju Bola Ahmed Tinubu.

In his laconic words, he stated; “Campaign has not started yet. Asiwaju is yet to declare. Once Baba declares and wins the primaries, then, isé sèsè bèrè nìyęn. But for now, what we are doing and we will continue to do until that time when he eventually declares and wins is to sensitize the public that Nigeria has a golden opportunity in having a Tinubu as her numero uno.”

The sensitisation tour continues with other states in the next couple of weeks.

Omogbolahan L.A. BABAWALE is the National Coordinator for Nigeria Diaspora for Asiwaju