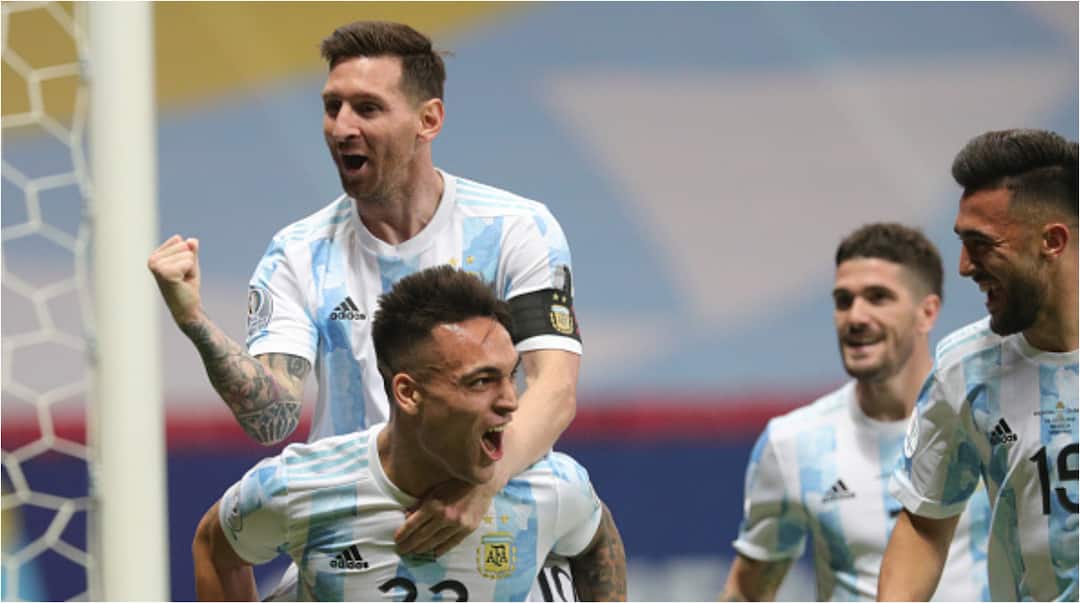 After years of failed attempts, the country of Maradona, Argentina has secured their place in the Copa America final coming up on Sunday, July 11, 2021. The Semi-final match between Argentina and Colombia was no walk over for Argentina as both sides struggled to a 1-1 scoreline secured by Argentine’s Lautaro Martinez and Luis Diaz from Colombia.

The match which continued into the extra-time ended without any goal by any of the team. At the end of the 120-minutes, the dreaded penalty shoot-out ensued between both Argentine and Colombia. Precise shots by skipper Lionel Messi, Leandro Paredes and Lautaro Martinez pushed the Argentine ahead while Rodrigo de Paul failed to put the ball pass the keeper.

The Argentine Goalkeeper, Emiliano Martinez stopped Colombia’s Davinson Sanchez, Yerry Mina and Edwin Cardona and helped his country to progress to the final.