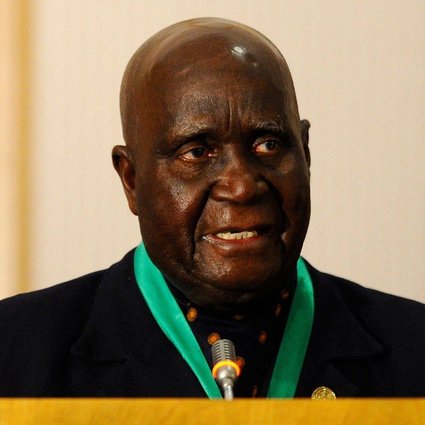 The founding President of Zambia, Kenneth Kaunda, is reported dead. Authorities confirmed that the beloved leader died at the Maina Solo Medical Centre in Lusaka from pneumonia. The amiable leader fondly referred to as ‘KK’ was born April 28, 1924.
This sad passing of the great KK was made known by the incumbent President Edgar Lungu who wrote: “On behalf of the entire nation and on my own behalf, I pray that the entire Kaunda family is comforted as we mourn our first president and true African icon,”.
The Late Kaunda who ruled his country for 27 years, is known for championing transformative policies that has made Zambia one of the leading countries in Africa.
To honour him, a 21-days nationwide mourning has been declared to pay homage to the Late President Kenneth Kaunda.

ANNUAL NATIONAL DIASPORA DAY CELEBRATIONS: ABIKE DABIRI CHARGES ON THE NEED TO CELEBRATE THE SUCCESSES OF PATRIOTS IN DIASPORA