BARIGA COMES ALIVE WITH THE CAMPAIGN AGAINST DRUG ABUSE 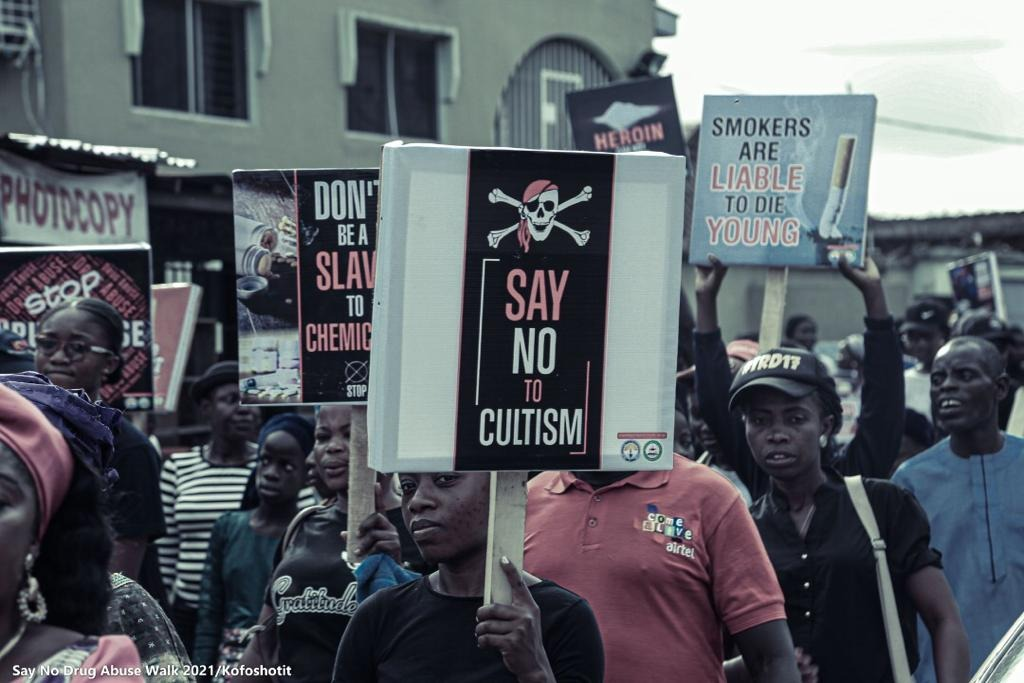 There were several banners and posters raised up by pockets of volunteers and organisers at the Walk against Drug Abuse and Cultism in Bariga. The charity walk, was tagged ‘’MY BARIGA MY PRIDE – a community organizing project founded to help redeem image of Bariga.

Under the auspices of MY BARIGA MY PRIDE INITIATIVE in collaboration with the GREAT IMPACT BAPTIST CHURCH, a collective of youths living in the Bariga took to the street on a scorched Sunday afternoon of June 6, 2021.

‘’MY BARIGA MY PRIDE’’ which has since become synonymous with recent socio-political development in Bariga is aimed at bringing out the pride of the youths of Bariga. As the saying goes, ‘’When there is a Will, there is a way’’, the harsh weather condition couldn’t debar the resolute youths as they chanted in unionism their loathsomeness for social vices such as drug abuse, rape, cultism and violence in the community.

In a joint statement issued by the organisers concerning the charity walk, they noted: ‘’We have decided to embark on this walk to demonstrate our deep-seated concern for the future of our community. No longer shall we leave our collective destinies to chance. Never shall we assume that change comes with the breeze, that is an illusion that dwells in the paradise of fools. As we come out in our different numbers, we are united by a purpose to advocate against the rampant occurrences of cultism and drug abuse in our community which births untold consequences. By stepping out, we shun every sense of repression and excuses that might limit us from achieving our primary aim. By vigorous advocacy such as this walk, we help restore hope for many and sanity to all. ‘’