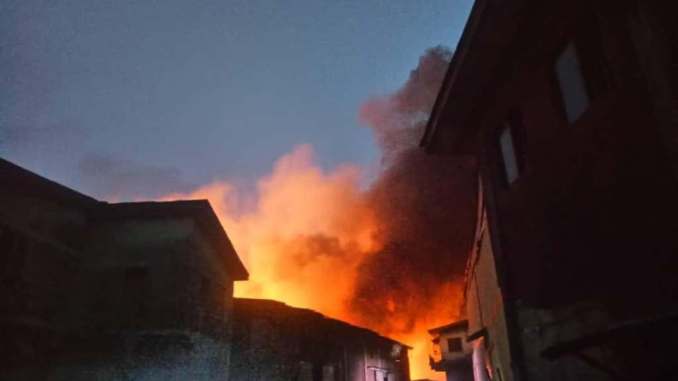 Hordes of armed men suspected to be  herdsmen have invaded and caused uncalculable losses to the Igangan area in Ibarapa North local government of Oyo State. Several buildings were reportedly burnt, scores killed, and properties were destroyed during the unholy mission.

The coordinated attacks allegedly took place on Saturday June 5, 2021 and affected the palace of the Asigangan as well as a popular petrol station in the area leaving not less than 20 persons dead in the attack.

According to sources, the attackers were said to be 50 in numbers conveyed into the ancient town with about 20 motorcycles, fully armed to the teeth.

According to an eyewitness, the Convener of Igangan Development Advocate, Mr Oladokun Oladiran, said the herdsmen moved from house to house, killing people. The community leader stated that all attempts to reach the police met a wall of resistance as their phones were switched off.