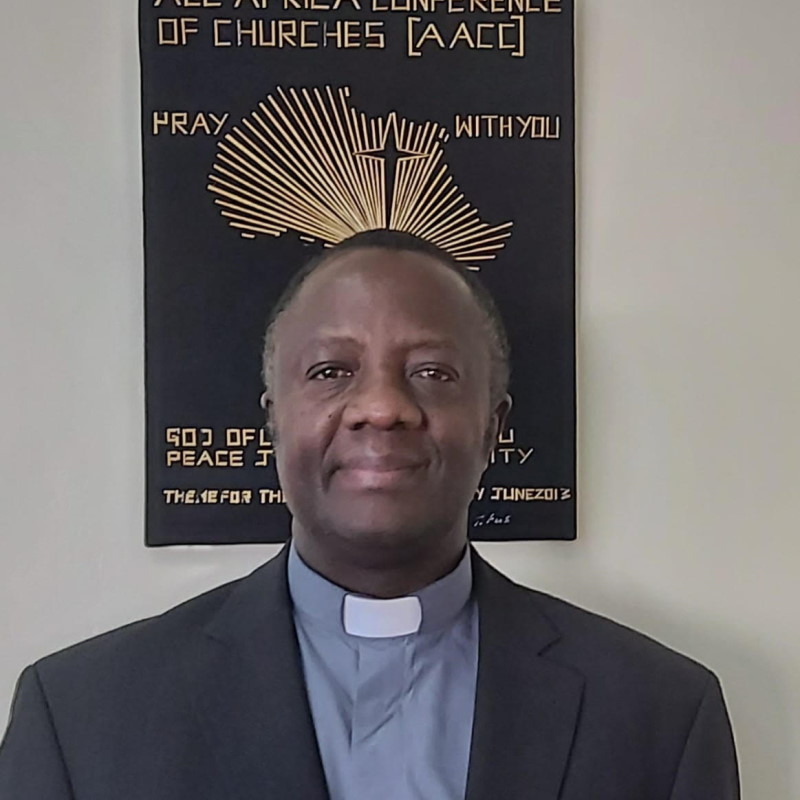 Dr. Mwombeki, 61, who is an ordained pastor of the Evangelical Lutheran Church in Tanzania
and director of the Department for Mission and Development (DMD) at The Lutheran World Federation (LWF) was in 2018 elected as the General Secretary of the All Africa Conference of Churches (AACC).

Prior to joining the LWF in 2016 he served as General Secretary of the United Evangelical Mission in Wuppertal, Germany and General Secretary of the ELCT North-Western Diocese of Bukoba. Reverend Nwombeki holds a Doctor of Philosophy in Biblical Studies from Luther Seminary in St Paul, Minnesota and a Master in Business Administration from California Coast University.

The AACC is the largest association of Protestant, Orthodox and Indigenous churches in Africa. As a fellowship of churches, the AACC accounts for over 120 million Christians across the continent comprising 173 member churches in 40 African countries. Its head offices are located in Nairobi, Kenya, with a regional office in Lomé, Togo, and a liaison office to the African Union in Addis Ababa, Ethiopia.

May 7, 2021 thelagosianmagazineng
FROM THE PULPIT News

May 6, 2021 thelagosianmagazineng
FROM THE PULPIT The World & Africa

YOUTUBE WALKS DANGEROUS LINE BETWEEN TOLERANCE AND CENSORSHIP IN ITS DECISION TO TERMINATE CHANNEL OF FAMED NIGERIAN PASTOR T.B. JOSHUA