SPIRITUAL REVOLUTION LOOMING IN NIGERIA: THE WRATH OF GOD IS COMING ON OPPRESSORS – ADEONIGBAGBE WARNS 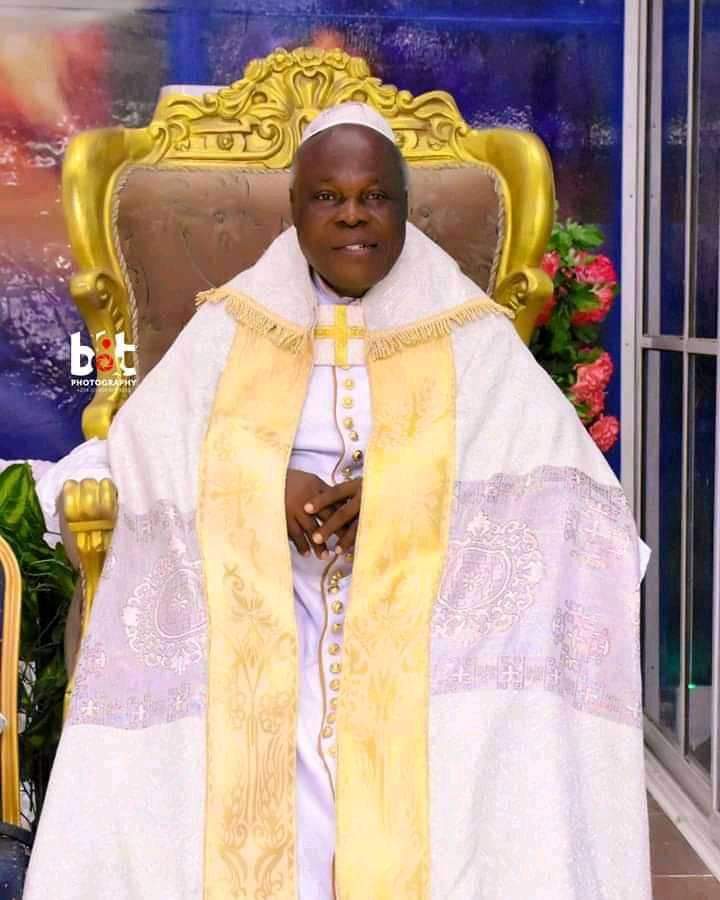 Renowned Prophet and Founder of Celica Church of Christ, Rev. Dr. Emmanuel Adetunji ADEONIGBAGBE has thrown a prophetic bombshell requiring the attention of the present rulers of Nigeria and the entire citizenry.

In a divine prophecy related by the respected cleric on Sunday 21st March, 2021, Rev. Dr. Emmanuel Adetunji Adeonigbagbe warned of a looming crisis that is coming soon in Nigeria unless those in authority act faithfully and sincerely to the oath they swore by the Holy Books and the Constitution.

According to Dr. ADEONIGBAGBE, “There is so much injustice and bloodshed in the land and the Lord says He is not pleased with actions of those at the helm of affairs.”

While quoting the book of Ezekiel 34: 2-10 Rev. Dr. Adeonigbagbe said the Lord compared the nation’s leaders to shepherds taking care of the Lord’s sheep (citizens) but whose attitudes were not pleasing to him. According to Dr. Adeonigbagbe, God asserted himself, saying, “I, the Lord condemn these leaders! I, the Lord God, say you shepherds of the nation are doomed! You take care of yourselves while ignoring my sheep. You drink their milk and use their wools to make your cloths. Then you batter the best ones for food but you dont take care of the flock. You have neither protected the weak ones nor healed the sick or bandaged those that get hurt. You are cruel and mean to my sheep. I will fight for my people says the Lord Almighty!

In expatiating the words of God further, Dr. Adeonigbagbe in the spiritual message chided those in authority for “promoting injustice, cruelty, bloodshed, nepotism and insecurity in the land.” He went on: “The Lord says He would bring His wrath upon them unless they retrace their steps. These leaders are polluting the land with innocent blood being shed on daily basis and the land is spiritually stained. These leaders in the political, judicial, economic, traditional and religious set-up have failed the citizenry and their country. They have abandoned the truth and Godliness and place more emphasis on falsehood and accumulation of wealth for their selfish ambitions.”

Dr. Adeonigbagbe warned: “Crisis is looming in Nigeria! A spiritual revolution is coming also from the Lord! The sword of the Lord has been raised up to cut down the evil doers who pollute the land with blood and injustice.”

The Prophet’s message went on: “Thus say the Lord of Hosts: ‘I am sending a windstorm from the desert, not a welcome breeze; it will sweep you away as a punishment for your sins and the nation will shake to its foundations.

Dr. Adeonigbagbe also declared that the Lord revealed to him that he had sent out his word to faithful spiritual and religious leaders to speak out against the ills of the society. “They should speak truth to power and remind them there is a Supreme Being watching over the affairs of men,” God was quoted as saying. Dr Adeonigbagbe also prophesied God’s further exhortation to his people in which he admonishes: “Make it your aim to do what is right not what is evil, so that you may live. Hate what is evil, love what is right and see that justice prevails in the nation.” Adeonigbagbe concluded by warning the nation, especially those at the helm of affairs that, “Failure to abide with the directives of God will lead to great consequences. This is a warning from the Lord to avoid the crisis that is looming.”

Dr. Adeonigbagbe concluded by reminding the nation that “Whatever the Lord God plans to do, he tells his servants the prophets. Leaders of the nation should listen to the voice of God to avoid the divine wrath of God.”

SCOAN: PROPHETESS EVELYN TB JOSHUA USHERS IN A NEW DAWN AS THE CHURCH MATCHES ON

Sep 19, 2021 thelagosianmagazineng
FROM THE PULPIT

Jul 17, 2021 thelagosianmagazineng
Features FROM THE PULPIT