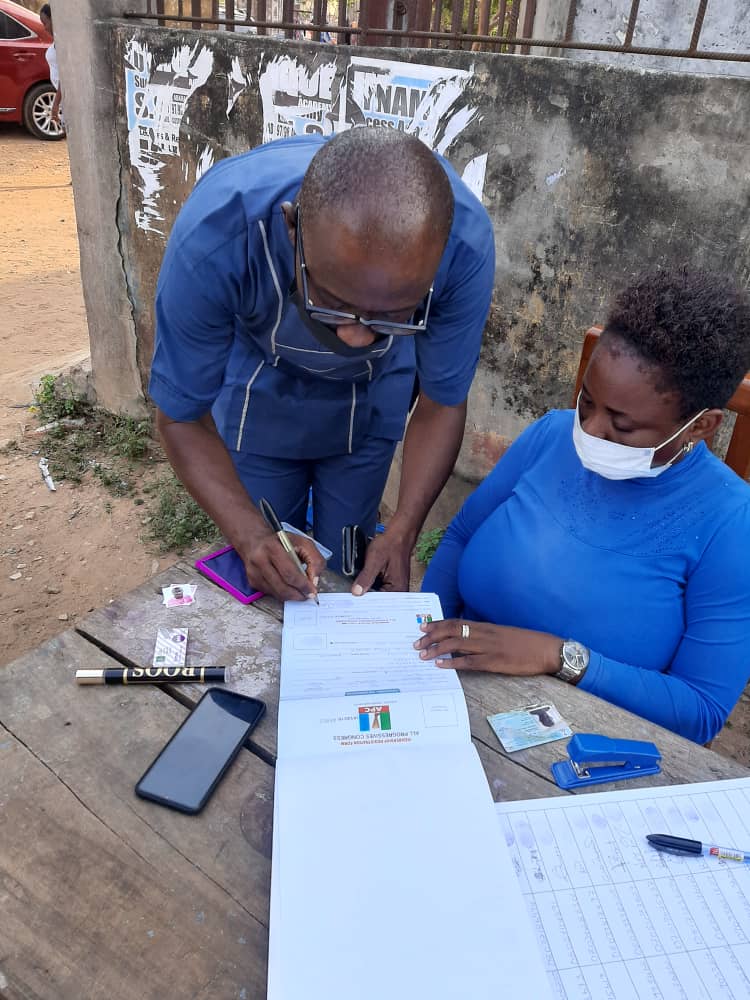 Fregene, while exercising the revalidation, spoke on behalf of the Deputy State Chairman and Senatorial leader of Lagos West Senatorial Distict, Otunba Napoleon to encourage every South-Southerner to do their own revalidation and invite new members to the party.

The Deputy State Chairman who was a former Ward Chairman for 16yrs in Ojo LGA also revalidated his own membership at Ward J in Ojo LGA.

According to Hon Dr. Paul Fregene, “the Deputy State Chairman has directed all principal coordinators of 20 LGAs and 37 LCDAs to ensure that all members across participate actively in this ongoing exercise.”

Fregene states further: “The exercise is an opportunity to show gratitude and pledge our loyalty to the National Leader of our party, HE Asiwaju Bola Ahmed who has not only given the people of South-South in Lagos a good platform to contribute to the governance of Lagos State but also given nod for the appointment of the first commissioner from the South-South region of Nigeria in person of Engr Sam Egube, Honourable Commissioner for Budget and Economic Planning.

“The Deputy State Chairman also urged members to continue to pray for our State Chairman who is presently undergoing medical treatment,” Fregene added.

BARIGA COMES ALIVE WITH THE CAMPAIGN AGAINST DRUG ABUSE