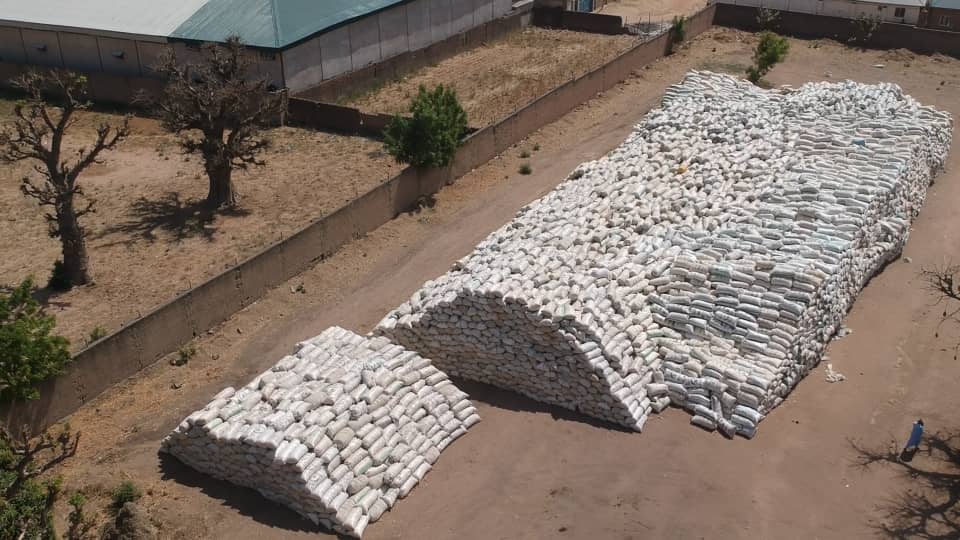 The National Cotton Association of Nigeria has commended the Central Bank of Nigeria for its efforts toward boosting the cotton farming in the country.

The association stated this during a brief inspection of the cotton aggregation centre in Nasara Agro Allied, Gombe State by its Second National Vice President,

Alh. Musa Yahaya who is also superintending the recent intervention programme of the CBN in cotton farming across Gombe, Adamawa and Taraba States respectively in order to boost cotton farming in the mentioned states said that the intervention by the CBN was to enable the members of the association embark on massive production of cotton in the states.

The second VP explained that the Central Bank of Nigeria has injected billions of Naira in the country’s cotton sector out of which N6.4 billion was allocated to Gombe, Adamawa and Taraba States where he is supritending.

“The N6.4 billion injected was to strengthen the 28, 000 member of the NACOTAN in Gombe, Adamawa and Taraba states” out of 116 thousands across the other states of the nation, he noted.

While inspecting the aggregation centre, Musa Yahaya said that the intervention by the CBN is commendable because the result has started showing as the centre has been filled up with thousand tonnes of cotton.

Musa Yahaya said that the programme and the intervention has revealed the strength of the Northeast part of Nigeria in Cotton farming in which the region is contributing immensly to the Cotton, Textile and Garment (CTG) industries across Nigeria.

He equally commended the leadership of the National Cotton Association of Nigeria for their efforts in ensuring the smooth running of the programme by fully cooperating with all and sundry.

Yahaya also commended and thanked the members of the association for gearing up toward meeting the goal of the CBN to boost cotton farming in the country. “Our members must be commended for their commitment in ensuring the smooth running of this programme and meeting up to the CBN targets of getting 28, 000 tonnes of cotton from them,” he said.