Skip to content
FROM THE PULPIT The World & Africa 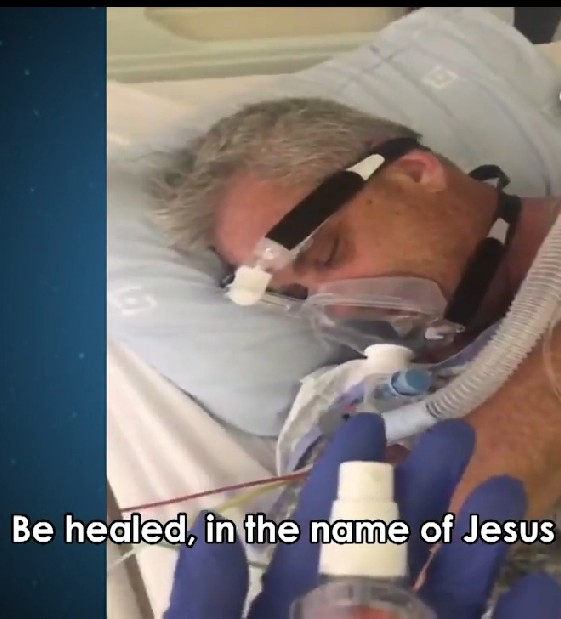 On a social Media site, Yohan’s wife updated her friends on the critical condition of her husband who had been admitted a day prior at an ICU of a major Dutch hospital. He had been diagnosed with Covid-19 and was breathing with the aid of a ventilator and oxygen contraption. His body was fixed with a cocktail of life support gadgets as doctors battled to save his life. It was obvious that maintaining a safe oxygen level was a huge battle indeed.

This is what Johan’s wife told her friends regarding her husband’s condition: “…Unfortunately, Yohan’s condition worsened after we took him to hospital the day before yesterday and they could not take him in due to lack of beds. I took him back today and they made a space for him. His oxygen level was 62 when they took him in and his lungs were very heavy. Now he’s stabilized. X-Ray and blood tests were done on him. We are asking for serious prayers please.”

In a video of the story released by SCOAN, we later learnt that her friends made available the New Anointing Water from Prophet TB Joshua’s SCOAN. This was taken by the wife to Johan’s ICU bedside and ministered on him. In the video, one could see the New Anointing Water being ministered in the intensive care unit (ICU) to the man gravely ill with Covid-19 while prayers like ‘In the name of Jesus Christ”, “Jesus is healing you”, “Every sickness in you, in the name of Jesus Christ be reversed” were said by the wife amongst others.

Not long after the ministration of the New Anointing Water, Johan’s wife reported that his oxygen level had improved to 90. The man started talking and doing what he couldn’t do moments before the ministration. Johan told his wife he was feeling much better and went on praising God even as she asked:
“How do you feel now, my love?”
Johan responded, “Better.”

The video went further to show a healed Johan being discharged from the hospital, walking out slowly at first and then steadily smiling and hugging his relations as the reality of healing and a second chance at life dawned on him. He exited the facility with a red paper that served as an official confirmation and certificate of his new status as a Covid Survivor.

Nurses, Family and friends later surrounded Johan as he thanked God for his healing. The video ended with his wife testifying that “There is no affliction that God cannot cure.”

This latest healing is one amongst thousands who have testified to being healed of varied chronic ailments after administering and praying with the New Anointing Water from TB Joshua’s SCOAN.

Below is a link to the video:

BREAKING: PICTURES FROM THE LYING IN STATE OF PRESIDENT J.J. RAWLINGS AT AICC, ACCRA, GHANA