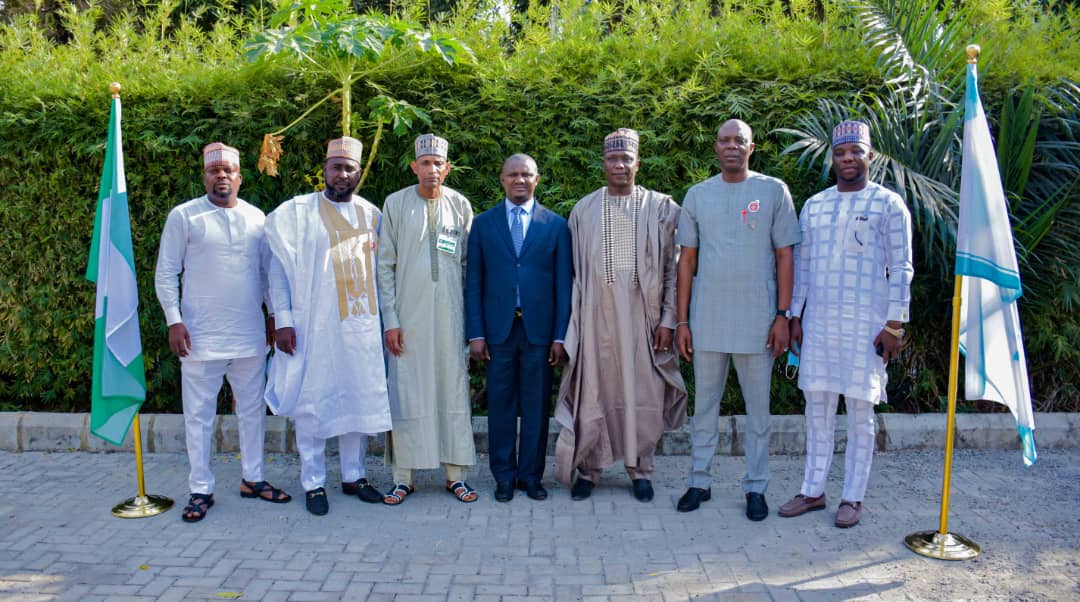 During last week, the President of African Children’s Talent Discovery Foundation, ACTDF, Engr Noah Dallaji received in audience officials of the Conference of Speakers of the State Houses of Assembly in Nigeria.

The meeting was to exchange pleasantries while also deliberating on issues of national development, security and areas of mutual interest.

The Conference was particularly impressed by the sterling roles of Engr. Dallaji as a philanthropist of note whose has helped lift a lot of African youths from the doldrums of poverty.

The Lagosian learnt that soon, Engr Dallaji’s ACTDF in association with the Conference of Speakers will embark on a nationwide tour to tackle diverse national issues in the interest of peace and Progress. Details of this will be published in subsequent report.

From the States News The Nation