HOW THE OUTCOME OF AMERICAN ELECTORAL COLLEGE VOTES CERTIFICATION REFLECTS THE PREDICTION OF PROPHET T.B. JOSHUA!!! 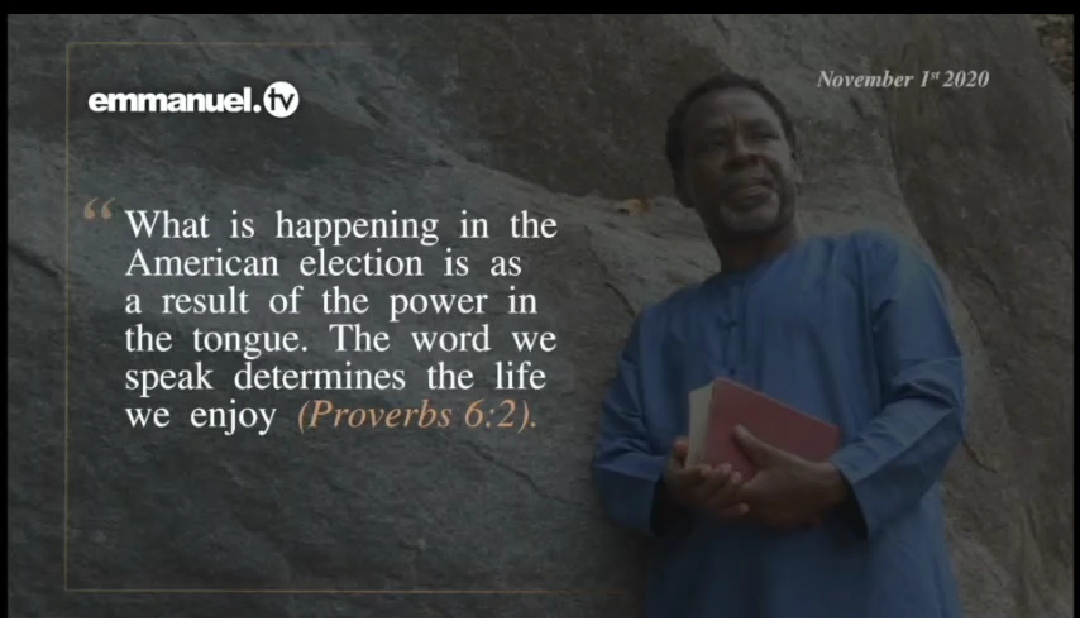 As part of his prophesies concerning the November 3, 2020 US Presidential election, in which he predicted a change in leadership, Prophet T.B. Joshua spoke about the importance of the power of the tongue in the eventual outcome of the elections.

This was a follow up to his warnings that the election results would meet with pockets of resistance and litigation even though, according to him, nothing would change the outcome of the votes.

On the heels of what transpired during the consideration of the electoral college votes by the US Congress on January 6, the attack of the Capitol by hoodlums allegedly on the instigation of President Trump and the eventual certification of the election of Biden and Harris by Congress, observers and US spiritual and temporal leaders have come out to vindicate the Prophet’s prophesy by quoting his exact words regarding the election.

During the closing prayer after Congress certified Biden’s election, the Chaplain of the the US Capitol said, “These tragedies have reminded us that words matter. The power of life and death in in the tongue. We have been warned that eternal vigilance continues to be freedom’s price.” These were the crux of T.B. Joshua’s words prior to the election when he prophesied the outcome of the elections.

This prophesy was again echoed later by Alice Stewart, Republican Strategist, virtually confirming what the Prophet had said prior to the election.

Below is a montage of the videos of the prediction and the American echoes.

BEWARE OF FEBRUARY, JUNE, OCTOBER AND NOVEMBER – ADEONIGBAGBE PROPHESIES TO THE WORLD