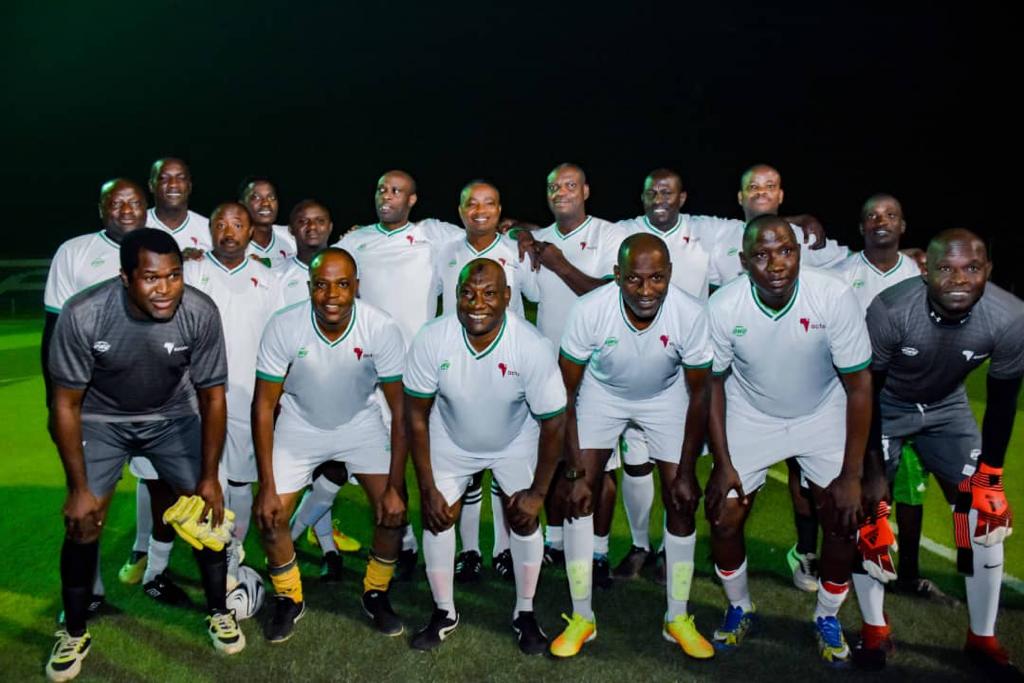 History was made in Bauchi State recently when one of Nigeria’s foremost philanthropists, Engr. Noah Dallaji brought former Super Eagles superstars to partake in a charity novelty match. The event which was the first of its kind in the state was one the people would not forget in a hurry.

The match was also used to celebrate the conferment of the traditional title of Jagaban Wurno in Tarawa Balewa Local Government Area of the state on Engr. Dallaji who is the Founder and President of the African Children’s Talent Discovery Foundation ACTDF, a UN-approved NGO.

Tafawa Balewa is famous as the homeland of Nigeria’s legendary Prime Minister, Sir Abubakar Tafawa Balewa. It also serves as the headquarters of an eponymous local government area in the Southern part of Bauchi State in northern Nigeria.

The charity football match had on parade former Super Eagles star players like Taribo West, Tijanni Babangida, Celestine Babayaro and many others. Popular musician, Sound Sultan was also among the celebrities that graced the event.

The charity event was put together by Engr. Noah Dallaji as a continuation of his numerous philanthropic activities through his foundation, the ACTDF and the invitation of former National football heroes and celebrities for a good charity cause has earned accolades for Dallaji from all corners of Nigeria and the world.

The game pitched the Ex-Eagles against a Bauchi United captained by Engr. Dallaji himself. It ended 1-1 at regulation time and had to go through a penalty shootout that was won by the Ex-Super Eagles side.

The fun-filled game showcased a lot of exciting moment for both sides and plenty of enjoyment and satisfaction for the spectators.

It was a football match described by many public and traditional leaders as a game changer in the history of the state with pride etched on the faces of those in attendance for being able to meet and see their beloved soccer heroes live in Bauchi.

Emmanuel Babayaro was the Substantive coach of the day for the ex-internationals.

Meanwhile Engr. Dallaji and his entourage used the opportunity of the novelty match and the chieftaincy ceremony to pay homage to the EMIR of Bauchi, His Royal Highness Alhaji Rilwanu Suleiman Adamu.