ANTHONY JOSHUA DESTROYS PULEV IN ROUND 9 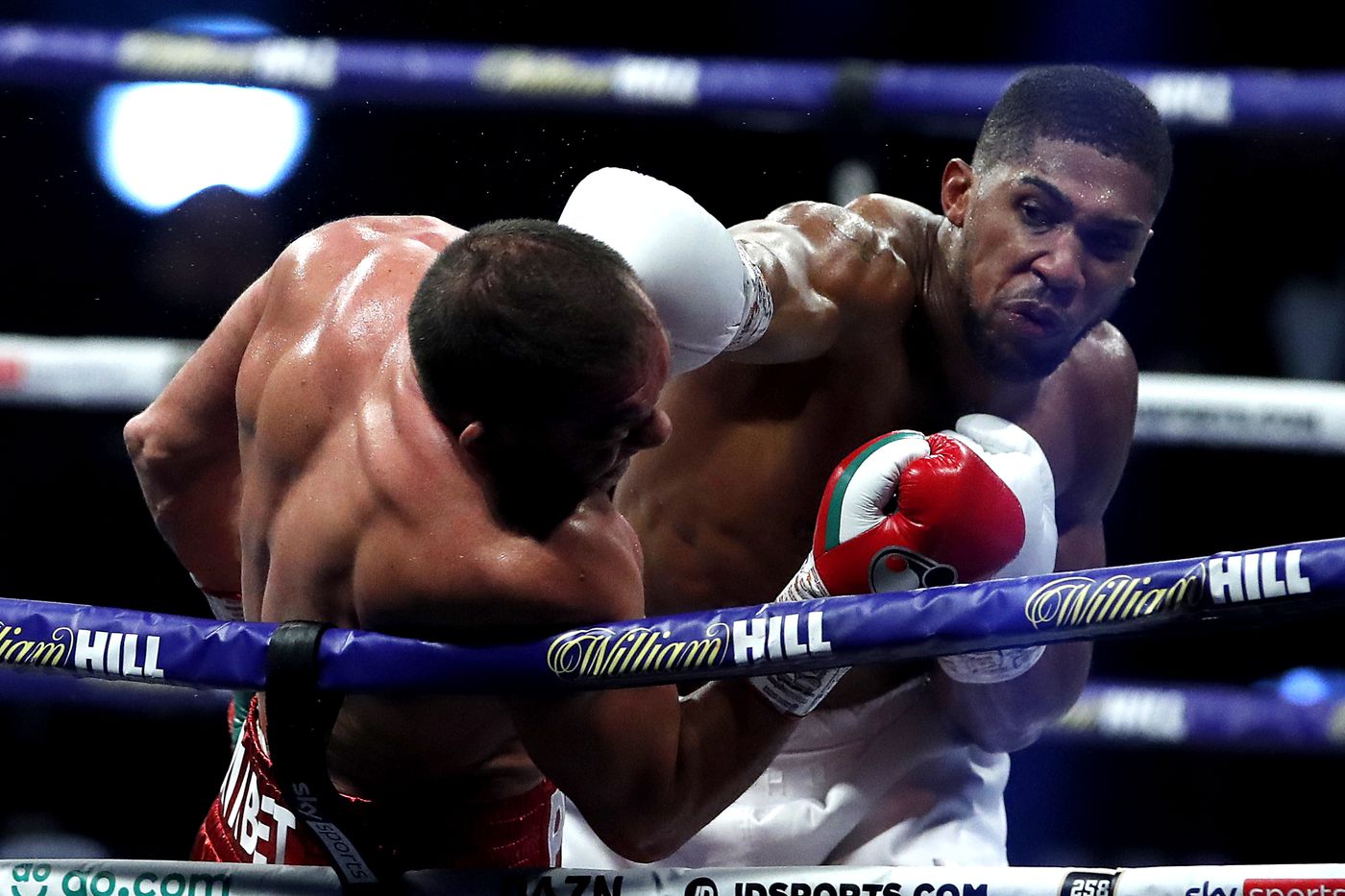 One year removed from his two-fight series with Andy Ruiz Jr. which included the first loss of his pro career in June 2019, Anthony Joshua emerged a safer and more calculated version of himself in Saturday’s return. That doesn’t mean, however, that the unified heavyweight champion couldn’t deliver the boom.

Although it was clear Joshua, 31, hadn’t forgotten about the upset stoppage he suffered to Ruiz before avenging it by decision in December 2019, the British star was able to balance safety with firepower by relying on his big jab and avoiding getting too reckless in going for the finish. A big part of that was how responsible the 39-year-old Pulev was throughout coupled with how much the native of Bulgaria was able to retain the threat of his right hand in order to hang around deep into the fight.

“It was a fight. I want less talk and more action in boxing. I hope everyone was satisfied tonight,” Joshua said. “I stuck to what I know best — boxing, looking to where I put my shots. When I was successful, I was successful. I really don’t want to do an interview right now, I just want everyone to go home and enjoy their Christmas.”

After a tentative start in which Joshua pawed with his jab and negotiated distance, the 6-foot-6 AJ finally made his power felt in Round 3 with a right cross that staggered Pulev. A flurry of combinations from Joshua followed until a right uppercut forced Pulev to turn his back and head for cover in the corner.

Pulev was lucky he wasn’t counted out for doing so and was given a standing eight-count despite not being floored. Moments later, Joshua appeared close to finishing the job altogether when a second right uppercut deposited Pulev to the canvas late in the round.

Can’t get enough boxing and MMA? Get the latest in the world of combat sports from two of the best in the business. Subscribe to Morning Kombat with Luke Thomas and Brian Campbell for the best analysis and in-depth news.

Unable to finish Pulev, Joshua went back into autopilot and broke his opponent down with the jab, including a bigger focus to the body. Although he rarely took chances, Joshua never put himself in much danger either save for a pair of nice right hands Pulev hit in Round 8 which Joshua took well.

Things finally began to fall apart for good in Round 9 for Pulev as a trio of uppercuts forced him to take a knee to avoid being stopped. After beating the count, Pulev rose and Joshua used his jab to set up a perfect right cross from distance which floored Pulev again.

Even though he was able to make it to his feet, Pulev was on shaky ground and the fight was stopped at 2:58.

Joshua was asked afterwards whether he would seek an undisputed championship fight in 2021 against WBC and lineal titleholder Tyson Fury, and the unified titleholder appeared game despite a somewhat cryptic answer.

“You ask the crowd what they want to see. I am up for anything,” Joshua said. “That’s [promoter] Eddie Hearn’s job. I started this game in 2013, I have been chasing the belts and fulfilling the mandatories. Of course I want the belts. If that is Tyson Fury, let it be Tyson Fury. There’s no big deal. It’s on to my next fight, I don’t care about anything else. I have to stay focused.”

Both fighters each have one more mandatory opponent to face first as Joshua is due to fight former cruiserweight champion Oleksandr Usyk and Fury owes a fight to the winner of the Alexander Povetkin-Dillian Whyte rematch.

There is a possibility one or both fighters could vacate their title to avoid the mandatory opponent, although that would remove the spectacle of Joshua-Fury being an undisputed title fight for all four recognized belts.

Top Rank’s Bob Arum, the co-promoter of Fury, told Sports Illustrated after the fight he is “absolutely confident” a deal can be made and stressed that the framework for one was already in place.

Fury, who has been rumored to be close to signing a comeback fight against a softer opponent, immediately tweeted after Joshua’s win that he is ready for the super fight next and predicted he would win by knockout inside of three rounds.

The loss for Pulev snapped an eight-fight win streak since his 2014 defeat to then unified champion Wladimir Klitschko by knockout.