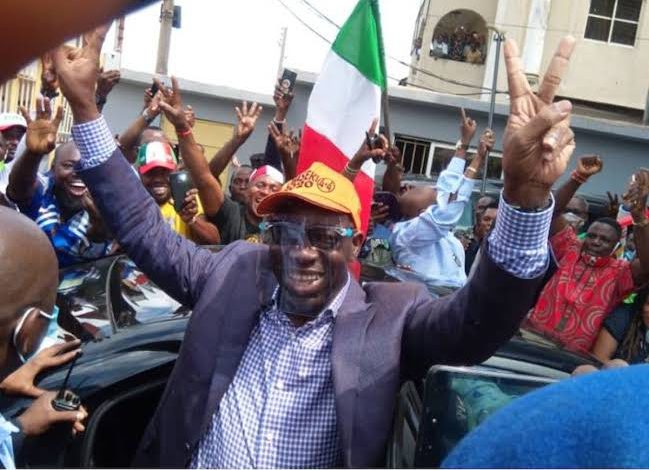 In a confirmation of The Lagosian’s earlier projection, the Independent National Electoral Commission (INEC) has declared the gubernatorial candidate of the People’s Democratic Party (PDP) as the Governor-elect in the September 19 elections in the state.

The Governor-elect, Mr. Godwin Obaseki of the People’s Democratic Party (PDP) polled a total vote of 307, 955 against his main rival, Pastor Ize-Iyamu of the All Progressive Congress (APC) 223, 619 votes.

The run-up to the gubernatorial election showed unprecedented support for the Benin High Chief in the face of serious challenge from powerful forces in the opposing camp led by juggernauts like Bola Tinubu and Adams Oshiomole. But when the figures rolled in from the different wards that made up Edo State, after the elections were concluded, Obaseki’s triumphant re-emergence as Governor of Edo State was sealed, putting to rest the touted influence of some so-called political godfathers.

Since the pronouncement by the electoral umpire, congratulatory messages have been tricking in from all corners of the ruling quarters.

Numbering amongst the prominent Nigerians that praised the electoral process as well as congratulated the Edo State Governor-Elect are President Muhammadu Buhari and the Oba of Benin.