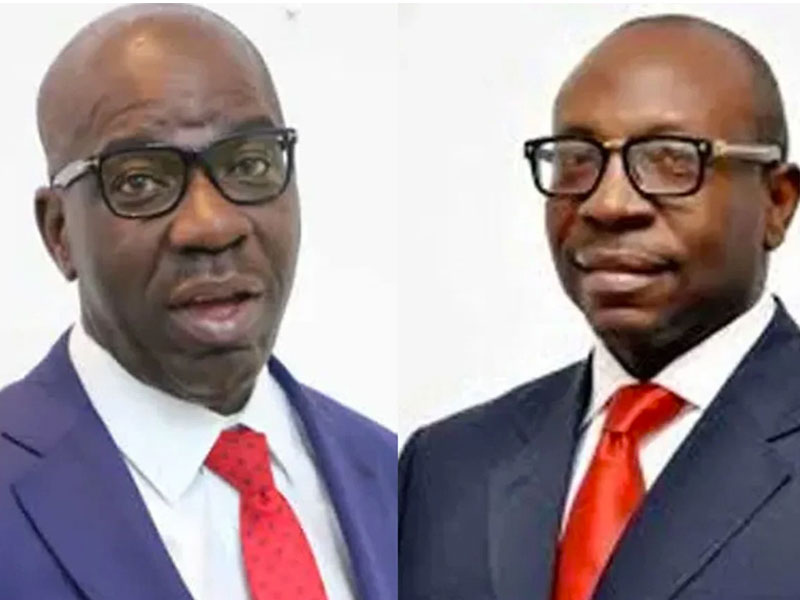 •With over 60% results in, the incumbent appears to be on an impregnable cruise

In what’s looking like a major upset, the candidate of the Peoples Democratic Party (PDP) and Governor of the state, Godwin Obaseki, appears to be coasting home to victory. With the results of the election so far released by the Independent National Electoral Commission (INEC) it would take a monumental electoral volte-face for his cruise to be halted by the opposition.

With almost 70% of the votes declared so far, the incumbent Governor Obaseki has since early yesterday began what may be an impregnable lead over his main opponent, the candidate of the All Progressives Congress (APC), Osagie Ize-Iyamu.
We shall soon present you our dear reader with the full authentic tally of the results.

Another surprise element of this poll is that, contrary to fears of monumental violence, of the many doomsday predictions, events have largely been peaceful, free and fair.

Another pattern to the 3lection is the fact that most of the political actors in the state, including Obaseki, Ize-Iyamu, Deputy Governor Philip Shaibu; former governor Adams Oshiomhole and former Chief of Staff to Obaseki, Taiwo Akerele, delivered their areas.

From the States News The Nation