SPECIAL FEATURE: THE LEKKI MURDER-SUICIDE: OPINIONS DIVIDED ON WHAT MIGHT HAVE HAPPENED THAT GRUESOME NIGHT 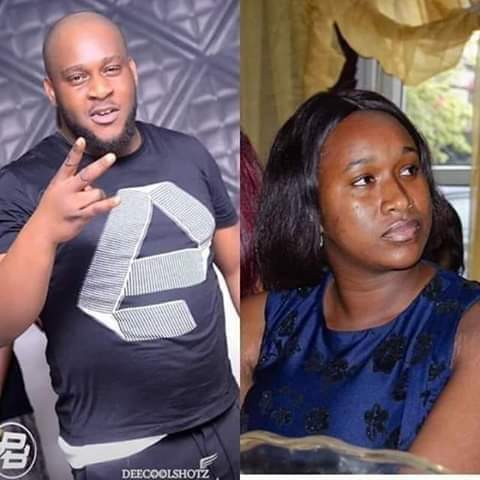 There have been volumes of conflicting opinions on what might have happened and led to the gruesome murder-suicide that occurred in Lekki Lagos on the night of June 21. The question on every lip is, how did it happen and what might have led to this final act of appalling pogrom? What happened in the final minutes that so escalated the argument and eventually drove a man to making a gory mincemeat of his partner?

The initial story was that the man, one Chris Ndule murdered his partner, Ms Olamide Omajuwaa Alli because of paternity issues around their second child. However, a new light has been thrown on the story with friends and close relatives of the lady in question coming stoutly to her defence and debunking what they term as lies straight from the pit of hell.

Here is one version of the new story according to Betty Abbah, a Visiting Professor at York University and Executive Director at Cee-Hope Nigeria who claimed to be a close friend of the lady:

The gruesome murder of 25-year old Ms Olamide Omajuwa Alli, a mother of two by her partner, Mr. Chris Ndule at their Lekki home at the weekend is MOST MINDLESS. Mr. Ndule also committed suicide thereafter, from police reports.

I happen to know her and her (very respected) family.

Olamide, a young entrepreneur and graduate of the University of Lagos, was daughter of a late iconic journalist who was a senior friend and mentor of mine. Stunningly beautiful, gentle and soft-spoken like her late mum, ‘Mide is yet another statistic of the rampaging gender-based violence’s virus especially worsened by the COVID-19 socioeconomic destabilisations.

And, while her family is still reeling in shock over the loss of their beautiful and promising daughter whose life was cut short in a brutal manner, I think people should STOP the LIE about paternity issue being involved or being a motive for the killing. Not only is there no justification for murder, the rumour is a BIG FAT LIE and another source of aggravated pain for her family. Yes, I know because I happen to know.

You can take this to the bank: those fabricating and spreading this nonsense know neither the couple nor have information about their issues.
It is just like the lies around the equally gruesome murder of 23-year old Uwa Omozuwa, the undergraduate of the University of Benin (being ‘killed because she was pregnant for a certain pastor who demanded an abortion’ etc, all of which have been openly debunked by the Edo State Government following an autopsy). There are so many others of such that are being spread mostly on social media then feasted upon and ‘analysed’ by idle minds.

These emergency bloggers and overnight journalists who spew all sorts of lies should be called out and prosecuted by the authorities. These fake news and attendant damages (because some people want their ‘reports’ to trend) must stop.

It is enough gut-wrenching pain when people lose loved ones, it is another level of trauma when complete strangers fabricate complete fables especially in the negative and toxic realms. I know because I have been there. Let’s not deepen families’ pains, please.

Again, let’s be rightly guided so as not to further give wings to these fables. Don’t spread what you know nothing about. When in doubt, scroll to the next timeline. And let’s raise better, nonviolent sons, dear Nigeria.
Rest in peace, dear Olamide.
— BA.”

Another almost similar version is quoted from the Facebook wall of a lady called Adaeze Faith Godwin:

To set the records straight, the Late Olamide didn’t have a child outside her relationship, the so called Femi who his real name is Chris Ndukwe, a serial killer that kills his lovers escaped from Phc where he tried to kill his ex who he threw down a two storey building some years back but fortunately the babe survived and has been relocated to Canada by her family.

He happened to lie to Olamide she met him and fell in love in her second year, had a child for him then when she finished school a second one came. Her parents are like you guys are love why not tie the knot and wedding was fixed for next month. Olamide lives with her parents. The so called Femi asked her to come and visit with the kids. Olamide went with her nanny not her sister like the blogs reported. On Sunday he sent his security man around 10 to get him tape which the guy did. In the evening he asked Olamide to come join him in the room, he was almost drowning a bottle of Hennessy XO, he put on music very loud and tied her to the chair and taped her mouth, used a plier to remove her braids one after the other, then he plucked her eyes, stabbed her 11 times before she died, he then drank two bottles of sniper and killed himself.

The nanny came knocking on the door and no response she went to call on their neighbor who called the estate security they came in and called no response they called the Mobile police in the estate to come they broke the door and saw the horrible sight. Now this so called Femi moved into that house 3weeks ago as he was planning to settle down with her. To set the records straight a paternity test is being carried out by her parents. Because the said kids all look like their dad but her parents want to set the records straight. Femi’s family have been alerted and they are on their way from Enugu today. I wonder why blogs won’t verify news before they publish.

This gist is first hand from Olamide’s family. May her gentle sweet soul rest in perfect peace. So this guy is mentally sick and this is not the first time he has attempted to kill his lover. He isn’t alive to testify, that’s quite unfortunate. This guy is a serial killer, we need to be alert now the days are evil. A lot of danger lies ahead for so many, so many people are bipolar and mentally sick. Always investigate people before delving into a relationship, times have changed seriously now. Let’s all trade cautiously.

A third version is that of a lady who claimed to be an Ex-girlfriend and near-victim of late Mr Ndule’s alleged murderous disposition. Below is the screenshot of her social media post of her views of the man who allegedly murdered his lover before taking his own life, her comments on why she broke up with him and ran for cover. The screenshot speaks volumes:

Meanwhile, The Lagosian learnt that Olamide’s grief stricken family have ordered a DNA test in order to establish the innocence of their daughter who, from the new version, is being projected as the innocent victim. It is however clear that soon, some other lights would be shed on the tale from the side of the male victim of this alleged murder-suicide.

Interesting enough, there are wild emerging views from some quarters alleging that this might not have been murder-suicide but a double murder committed by an alleged third party!

Surely the police have a handful on their hands but hopefully, this terrible event would be solved and the much deserved closure brought to the stricken families.

If Nigeria Had A Dozen Dotun Sanusis (Ilaji Hotel & Resort), Only If…