MAN BLOCKS THE ROAD, FORCES SOLDIER TO PAY N100,000 FOR DAMAGING HIS TIRE 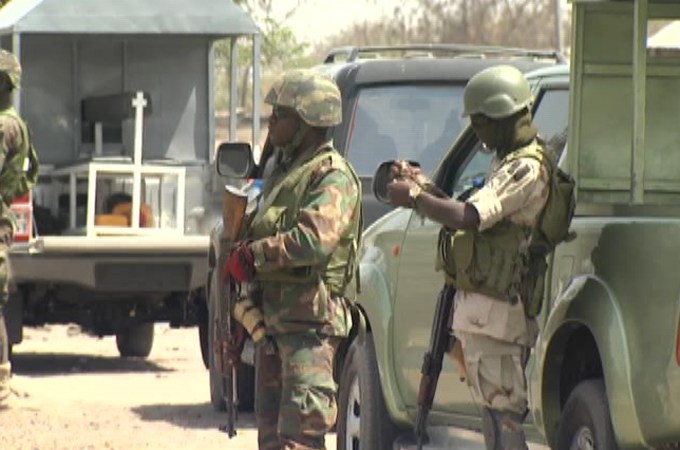 A truck driver has been rewarded for his bravery in the face of intimidation by the police and some soldiers after his tyre was shot by a soldier.

The incident happened on Thursday at the border town between Benue and Nsukka, Enugu.

A soldier had shot the tyre of a petrol tanker because the driver wouldn’t give him bribe.

However, the driver angrily steered his tanker across the road and blocked other road users.

In solidarity, the victimâ€™s friends also drove up with their trailers and blocked the entire road, stopping all movements in or out of Enugu.

The driver then went ahead to demand N120k for his damaged . Soon, an array of policemen arrived to intimidate him, but he stood his ground.

Eventually, the driver reduced his demand to N100k after so much pleading and the soldier made a bank transfer to him.