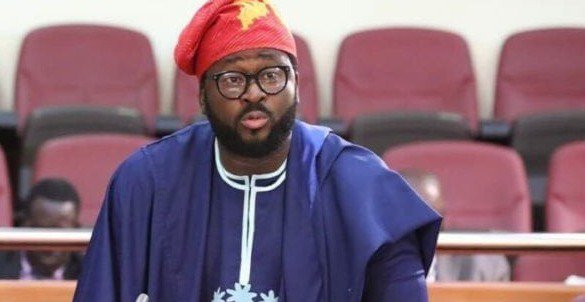 The Independent National Electoral Commission has declared Nollywood star, Desmond Elliot, candidate of the All Progressives Congress, as winner of the Surulere 1 state Constituency election in Lagos State.

The Returning Officer, Dr. Bolajoko Dixon-Ogbechi from the University of Lagos, made the declaration on Sunday at the Surulere Local Government Collation Centre in Lagos.ADVERTISING

â€œThat Desmond Olusola Elliot of APC, having satisfied the requirements of the law and scored the highest number of votes, is hereby declared winner and is returned elected.â€

According to her, Mr. Shitta-Bey Oluwarotimi of Alliance for Democracy (AD) came third with 116 votes; Mr Dawodu Oluwaseyi of Accord Party came fourth with 65 votes while Mr Makanjuola Olaseni of YP came fifth with 59 votes.

Dixon-Ogbechi said that the total number of registered voters in the constituency was 134939, accredited voters were 20340.

â€œThe total number of votes cast is 20330 while the results of six units at Igbaja/Stadium with RA number 06 were cancelled due to over voting.

â€œSo, the total number of votes cancelled in the affected areas were 4091, â€ she said.