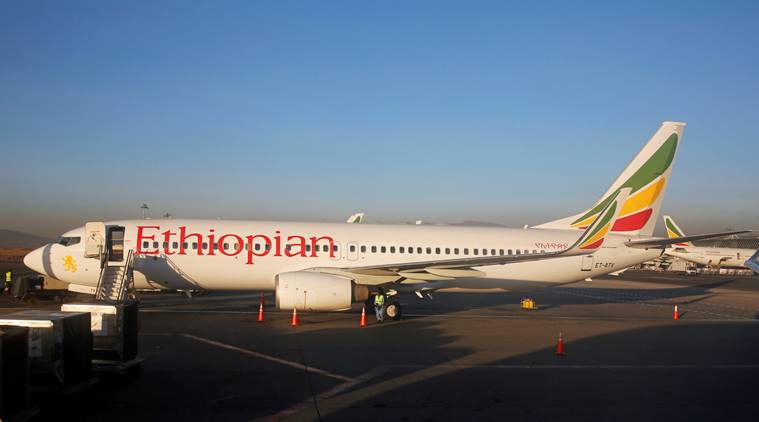 An Ethiopian Airlines jet has crashed shortly after take-off from Addis Ababa, killing all on board.

The pilot of a Nairobi-bound Boeing 737 that crashed six minutes after takeoff from Addis Ababa on Sunday, had alerted controllers “he had difficulties” and wanted to turn back the plane carrying 157 people, the head of Ethiopian Airlines said. The pilot “was given clearance” to return to Addis, chief executive officer Tewolde GebreMariam told journalists in the Ethiopian capital when asked whether there had been a distress call.

The airline said 149 passengers and eight crew members were on flight ET302 from the Ethiopian capital to Nairobi in Kenya. It said there were 32 Kenyans, 18 Canadians, 9 Ethiopians, 8 Italians, 8 Chinese, 8 Americans, 7 Britons,7 French citizens, 6 Egyptians, 5 Dutch citizens, 4 Indians and 4 people from Slovakia on-board.

The airline said four people held United Nations passports and it believed some passengers could have been heading to a session of the UN Environment Assembly which begins in Nairobi on Monday.

The group CEO was at the accident scene and expressed his sympathy and condolences to the families of passengers and crew who lost their lives.

“At this stage, we cannot rule out anything,” Ethiopian Airlines CEO Tewolde Gebremariam told reporters at Bole International Airport in Addis Ababa. “We cannot also attribute the cause to anything because we will have to comply with the international regulation to wait for the investigation.”

The Ethiopian prime minister Abiy Ahmedâ€™s official Twitter also expressed condolences to families of those lost in the crash. â€œThe office of the PM, on behalf of the government and people of Ethiopia, would like to express itâ€™s deepest condolences to the families that have lost their loved ones on Ethiopian Airlines Boeing 737 on scheduled flight to Nairobi, Kenya this morning,â€ the PMâ€™s office said on Twitter.

The 737 Max-8 aircraft is relatively new to the skies, having been launched in 2016. It was added to the Ethiopian Airlines fleet in July last year. Boeing said it was “deeply saddened”Â by the crash and offered to send a team to provide technical assistance.

The 737 MAX 8 is one of the latest versions of a jet that was introduced in 1967. More than 10,000 737s have been produced, making it the best-selling jetliner of all time. In 2017, Boeing temporarily grounded all 737 MAX planes over concerns about a manufacturing quality issue inside its new engines.

Another plane of the same model was involved in a crash five months ago whenÂ a Lion Air flight crashed into the sea near IndonesiaÂ with nearly 190 people on board. Investigators say the pilots of that aircraft had appeared to struggle with an automated system designed to keep the plane from stalling – a new feature of the Boeing 737 Max.

Ethiopian Airlines flies to many destinations in Africa, making it a popular carrier in a continent where many airlines fly only from their home country to destinations Africa. It has a good reputation for safety.