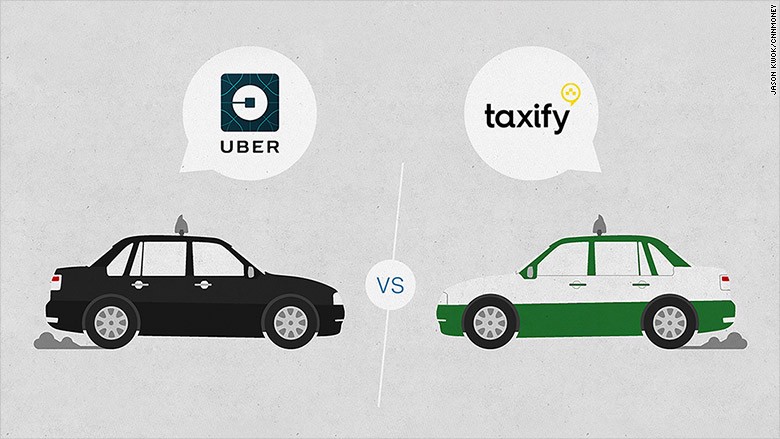 Uber,Â the â€˜Kingâ€™ of ride-hailing appsÂ around the world, seems to be losing the fight, Â with so many competitors entering the market around the globe.

UberÂ exited ChinaÂ in 2016, selling its China branch to Didi, its competitor in the region. In Southeast Asia,Â a similar situation occurred, where Grab acquired Uberâ€™s ride-sharing and food delivery business in 2018. In Europe,Â Uber is strugglingÂ after overcomingÂ regulatory battlesÂ in the United Kingdom and entering Russia through aÂ merger with Yandex. It is facing strong competition from Cabify in Spain and BlaBlaCar in France. Similarly, its dominance in the Americas isÂ threatenedÂ by several competitors both foreign and local.

In sub-Saharan Africa, itâ€™s Taxify that is giving Uber competition. Now operating in more cities than Uber across the region, in Nigeria, Taxify has expanded to Owerri, Benin-City and Ibadan, three more cities than Uber currently serves. Since Taxifyâ€™s arrival in the country, the two ride-hailing apps have constantly locked horns using different marketing tactics to attract users, with the most common being discount codes. Uber has amped up their discount code spree in Lagos, after a pause, perhaps to counter a losing battle.

Techcabal was curious about which app was used most frequently by people in Lagos. We conducted a survey where we asked readers, â€œDo you prefer Uber or Taxify when moving around Lagos?â€  This is what we learned from the 150 people who responded:

Results from the TechCabal Survey

Taxify slightly outweighed Uber, but our readers didnâ€™t seem to prefer one over the other in regards to service.

â€œI tend to take Taxify for the short rides and Uber for the longer ones,â€ said Saheed Kareem, a lawyer who alternates between Uber and Taxify, on how he decides which app to use.

Price and fees were a determining factor for other respondents. Some users said they simply open both apps before a trip and check which has a lower price estimate. Thatâ€™s how they decide between Uber or Taxify.

â€œTaxify has a lower minimum fare and seems to cost less with shorter routes, and rises very quickly once thereâ€™s traffic or the journey is long or convoluted. Uber seems a bit more stable in pricing. Taxify prices will either make you gasp at how expensive it is or how cheap it is, nothing in between. So I go for it when itâ€™s likely to be cheaper.â€

Kofo Toriola, another frequent rider, who used to alternate between the two apps said she has stuck to Taxify for a few months now because of Uberâ€™s cancellation fees. â€œIâ€™ve lost a lot of money to it and sometimes I donâ€™t have the energy to claim it back.â€ Kofoworola also mentions that there always seems to be a discount code for Taxify available for use.

Although neither of the companies seems to have conquered the Lagos ride-hailing market, from Taxifyâ€™s marginal win in our survey and its expansion to other Nigerian cities, it may be heading for Uberâ€™s ride-hailing crown soon.