ATIKU SHOULD GO TO COURT – FALANA 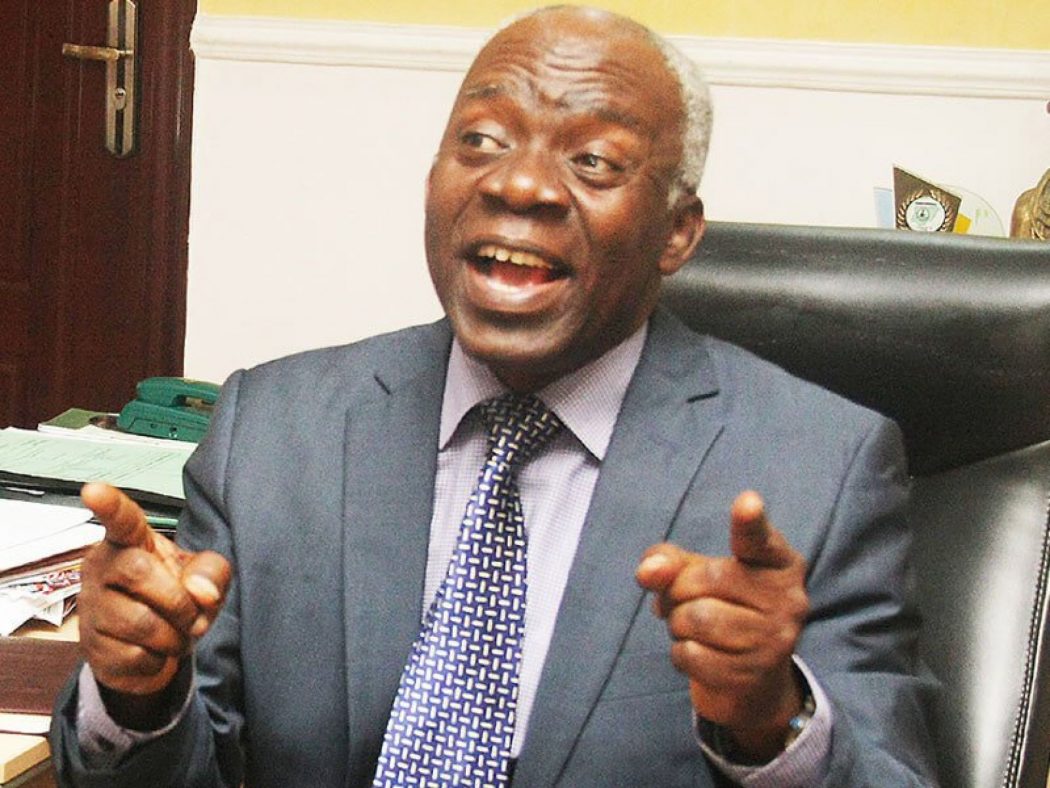 Human rights lawyer, Femi Falana (SAN) in a statement on Tuesday, warned that Atiku should not be blackmailed not to take the legal step, adding that the calls prevailing on him not to approach the tribunal were uncalled for.

He recalled that President Muhammadu Buhari who was declared the winner of the February 23 election, had challenged his losses in court in the successive presidential elections of 2003, 2007 and 2011.

Falana, however, stated that the failure of successive administrations to reform the electoral process, had created insurmountable legal obstacles for election petitioners.

â€œThe campaign that Alhaji Atiku Abubakar should not seek redress is totally uncalled for.

â€œAggrieved by the general elections of 2003, 2007 and 2011 conducted by INEC, Candidate Muhammadu Buhari sought redress in court.

â€œThe chairman of the APC, Adams Oshiomole and other APC leaders have had cause to claim their mandate through the court.

â€œEven some APC members who lost the just-concluded National Assembly elections have announced plans to challenge the return of their opponents by INEC.

â€œTherefore, Alhaji Atiku Abubakar should not be blackmailed or begged by any group of people not to challenge the presidential election held in the country on February 23, 2019.

â€œRegrettably, however, the failure of the PDP and APC-led Federal Government to reform the electoral process has created insurmountable legal obstacles for election petitioners,â€ he said.

Falana added that â€œthe frustration of election petitioners has been compounded by several judicial authoritiesâ€, with some decisions holding that â€œan election cannot be questioned on grounds of corrupt practices.

â€œIn Yussuf v Obasanjo, it was held that an election cannot be questioned on grounds of corrupt practices.

â€œIn Falae v Obasanjo it was held that it has to be proved that financial inducement was authorised by the winner of an election.

â€œIn Buhari v Obasanjo it was held that the onus of proving electoral malpractice rests on the petitioner.

â€œSeveral fraudulent elections have been upheld under the doctrine of substantial compliance.

â€œIn several cases, winners of fraudulent elections that were annulled were allowed to take part in rerun elections ordered by the courts.â€