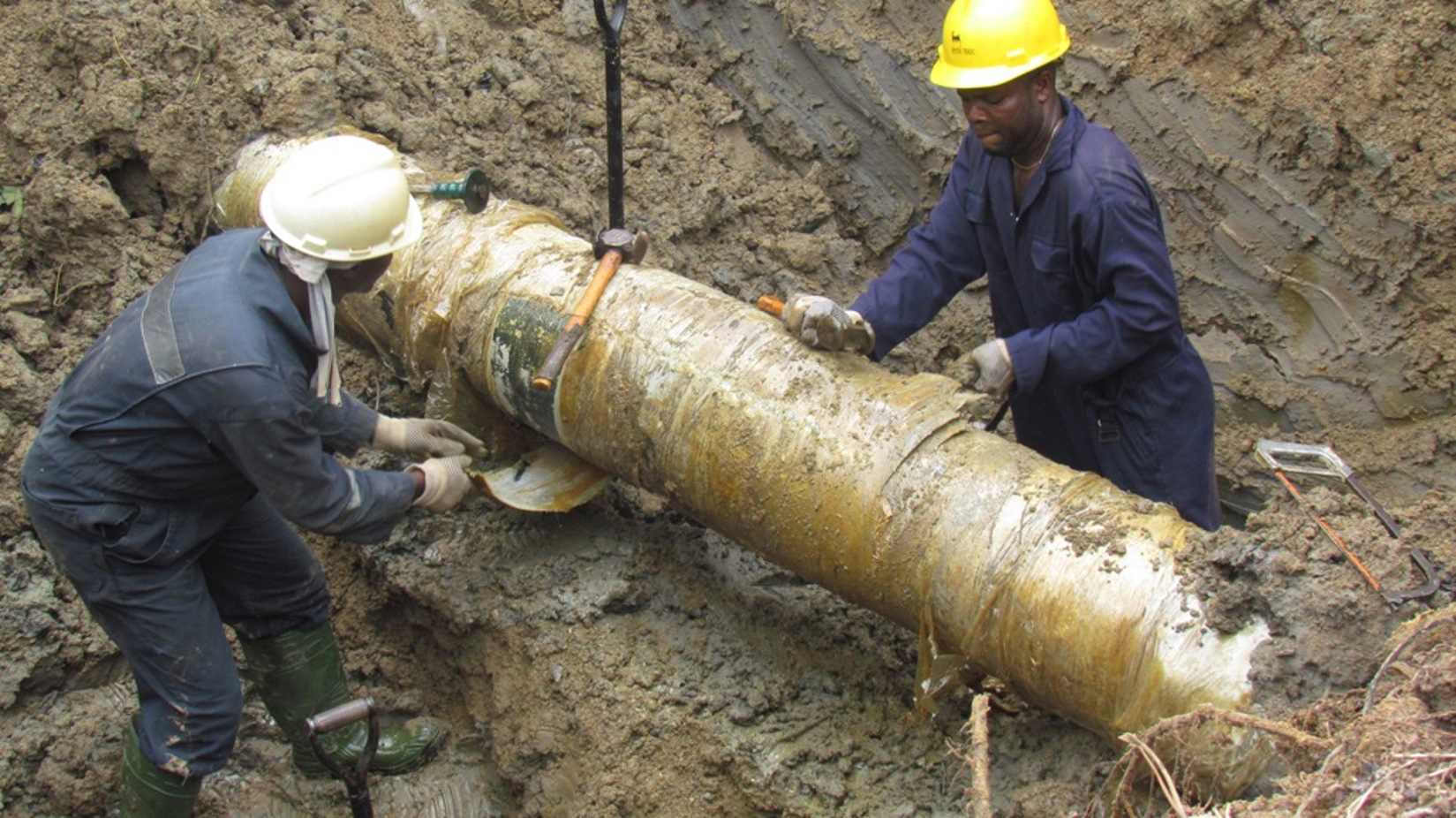 One of the major crude oil transportation channels used for export has been shut down. This is a big blow to Nigeria’s crude exports.

The Nembe Creek Trunk Line, which is 100 kilometers long and has a capacity of 150,000 barrels per day. The Line evacuates crude to the Bonny Crude Oil Terminal.

Aiteo Eastern Exploration and Production Company, the operator of the trunk line, said on Sunday that a suspected explosion occurred on Saturday within the vicinity of Nembe Creek Well 7, behind Mile 1 Community in Bayelsa State, near the Nembe field logistics base.

The company said despite initial challenges, its operations team was able to access the well head area when the fire had completely died down in the early hours of Saturday.

It said, â€œPreliminary investigations confirm that there were no fatalities, human incidents or damage to community property. All the wells and facilities in the immediate vicinity have been inspected and secured. This incident did not occur at or involve any part of the NCTL or other pipelines.

â€œIt is important to note that prior to this incident, all facilities have been shut down since February 28, 2019, due to NCTL outage. Accordingly, any account suggesting that this incident arose from or affected any pipeline is wholly inaccurate and misleading.â€

Aiteo said full investigations to determine the cause of the fire was ongoing, adding â€œThese investigations are being pursued with the utmost urgency and are being given the highest priority.

â€œWe are continuing to work with all the relevant authorities to restore full functionality to all the relevant installations and affected areas. In the time being, we express our gratitude to all our stakeholders for your continuing support and understanding while urging calm and vigilance.â€

The Associated Press reported on Saturday that more than 50 people were missing after a leaking oil pipeline exploded and caused a stampede in southern Nigeria.

The Niger Delta is highly polluted. Nigerian oil companies usually assert that the majority of oil spills are caused by sabotage, theft and illegal refining.

The Organisation of Petroleum Exporting Countries and 10 non-OPEC countries agreed in December to cut oil production by 1.2 million bpd effective from January for an initial period of six months to help balance the market and support prices.

OPEC asked Nigeria to cut its crude oil production by 3.04 per cent to 1.685 million bpd (excluding condensates) for the first half of 2019.

The nationâ€™s crude oil production including condensate fell to 1.999 million barrels per day in January from 2.081 million bpd in December, according to the Ministry of Petroleum Resources.