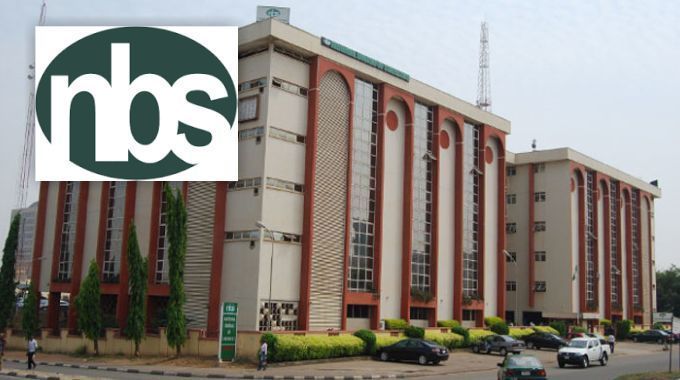 The National Bureau of Statistics (NBS) has said foreign trade recorded the fourth consecutive rise from N16.29 trillion in 2015 to N32.26 trillion in 2018.

The NBS said this in its â€œForeign Trade in Goods Statistics for Fourth Quarter of 2018â€ posted on its website.

The bureau said the volume of total merchandise trade in 2018 was the highest recorded since 2014, almost doubling pre-recession levels.

Meanwhile, the bureau said during the fourth quarter of 2018, the total merchandise trade stood at N8.60 trillion compared to its value of N9.06 trillion recorded in the third quarter of the year.

The major import items were machinery and transport equipment, mineral fuel, chemical-related products and food and live animals as well as manufacturing goods.

The report said Nigeriaâ€™s imports were valued at N3.6 billion in the fourth quarter, 2018 of which machinery and transport equipment accounted for N1.48 billion or 41.4 per cent of total imports during the quarter.

Other major categories of imports were food and live animals as well as manufactured goods which accounted for N349 billion (9.7 per cent) and N286 billion (7.98 per cent) of total imports during the quarter.

The major import origins for Nigeria during the quarter were Asia, Europe America each of which contributed N1.6 billion or 42.9 percent, N1.4 billion or 39.0 and N511 billion or 14.3 of the total imports.

Nigeriaâ€™s imports by country of origin showed imported goods were predominantly from China valued at N900 billion or 25.1 per cent of the value of total imports.

The structure of Nigeriaâ€™s export trade valued at N5.02 billion in fourth quarter, 2018 was dominated by crude oil exports, which contributed N4.3 billion or 84.2 per cent to the value of total exports.

By section, Nigeria exported mainly mineral products which accounted for N5 billion or 95.7 per cent of the total value of exports.

This was followed by prepared food stuff, beverages, Spirits and Vinegar which accounted for N60 billion or 1.2 per cent of total exports.

Furthermore, Nigeria exported goods worth N708 billion or 14.1 per cent to other parts of Africa, of which goods valued at N338 billion or 48 per cent was exported to the ECOWAS region.

These five countries accounted for 50 per cent of the total exports of the quarter under review. (NAN)