THE NEXT 4 YEARS WILL BE TOUGH – BUHARI 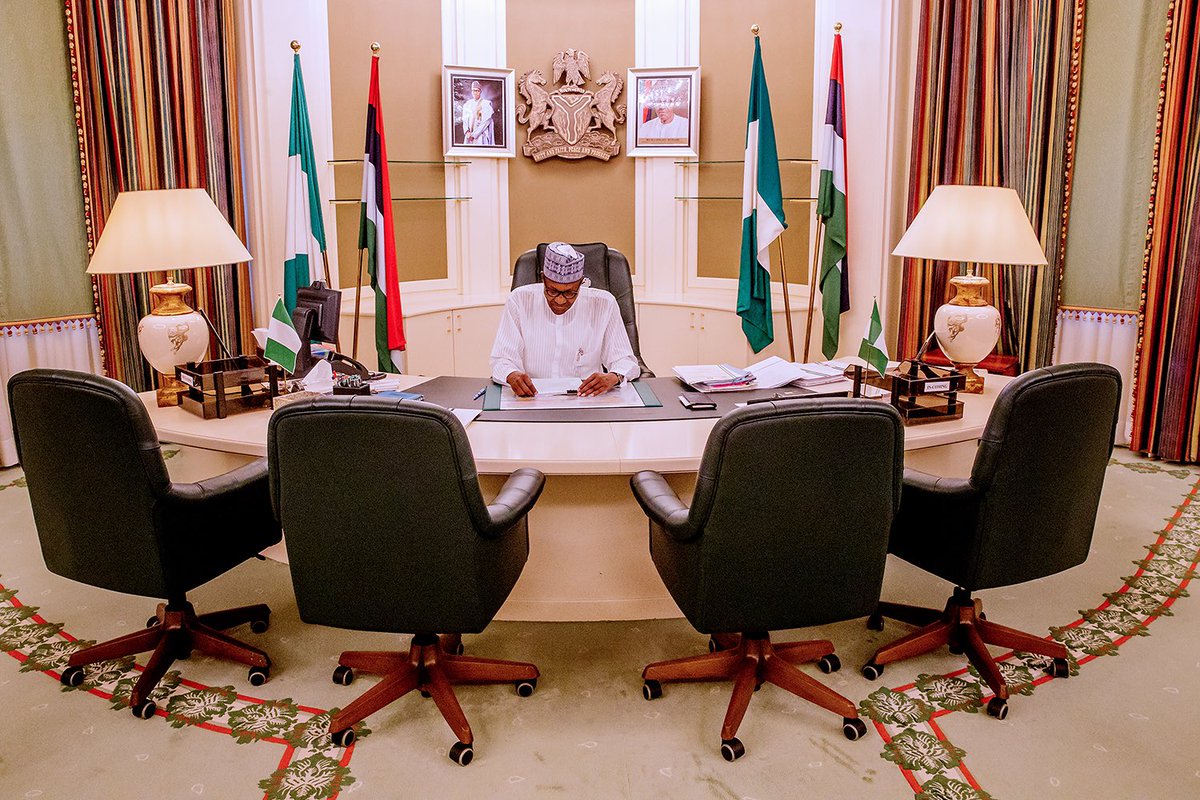 President Muhammadu Buhari polled 15,191,847 votes to win the 2019 Presidential elections. He recently received his Certificate of Return from INEC and there have been celebrations on-going in parts of the country as his supporters and allies prepare for the next 4 years of his government.

President Buhari seems to have passed the celebratory phase; he spoke about the challenges that lay ahead when members of the Federal Executive Council (FEC) paid him a congratulatory visit yesterday.

Among those present at the meeting were the vice president, Yemi Osinbajo, the Secretary to the Government of the Federation, (SGF) Boss Mustapha, Chief of Staff, Abba Kyari, Head of Service of the Federation, Winifred Oyo-Ita, National Security Adviser, Babagana Monguno and over 20 ministers.

He said, â€œMy last lap of four years, I think is going to be tough. People are very forgetful and thatâ€™s why during the campaign, I spoke about our cardinal agenda.â€

Buhari said he had to constantly remind Nigerians of his pledge to ensure security, a robust economy by providing employment to able-bodied youth and tackling corruption.

The highlight of the meeting was the presentation of congratulatory cards to the president by the SGF and Head of Civil Service of the Federation on behalf of the federal cabinet and the public service.