NO AGREEMENT REACHED AS TRUMP-KIM VIETNAM SUMMIT IS CUT SHORT 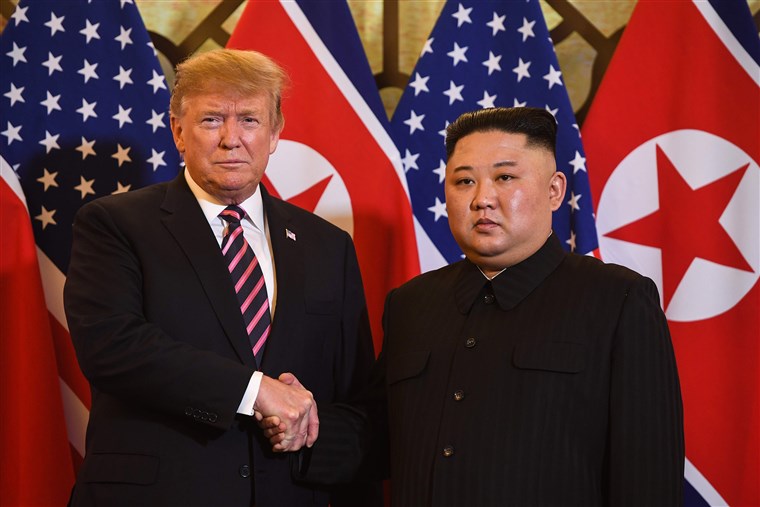 The summit was held in Hanoi,Â Vietnam and was to conclude with a signing ceremony for an agreement between the two nuclear powers. Instead, the White House announced on Thursday that there would be nothing to sign.

“It wasn’t a good thing to be signing anything. We had some options, and at this time we decided not to do any of the options, and we’ll see where that goes.” Trump said in a news conference. “Sometimes you have to walk, and this was just one of those times.”

Trump is pushing for North Korea to give up its nuclear weapons while Kim wants to see sanctions eased without losing the strategic benefits of his weapons of mass destruction.

Trump described the talks as “productive,” despite the breakdown in talks, “I think we’ll end up being very good friends,” he added.

“Basically, they wanted the sanctions lifted in their entirety and we couldn’t do that,” Trump said. “They were willing to de-nuke a large portion of the areas that we wanted, but we couldn’t give up all of the sanctions for that. So we continue to work and we’ll see, but we had to walk away from that particular suggestion. We had to walk away from that.”

“(Kim) wants to de-nuke, but he wants to just do areas that are less important than the areas that we want. We know the country very well, believe it or not, we know every inch of that country,” Trump said, telling reporters he thought the gap between the U.S. and North Korea would be bridged “with time.”

The president confirmed that all the current sanctions on Pyongyang will remain in place.

“You always have to be prepared to walk,” Trump said. “I could have 100 percent signed something today â€” we actually had papers ready to be signed â€” but it just wasn’t appropriate. I want to do it right: I’d much rather do it right than do it fast.”

“This wasn’t a walk away like you get up and walk out. No, this was very friendly â€” we shook hands,” he said. “When we walked away, it was a very friendly walk.”

Of note, Trump said Kim promised him over dinner on Wednesday night that North Korea “is not going to do testing of rockets and nuclear.”

South Korean stocks fellÂ on the news that the summit’s schedule had been cut short.