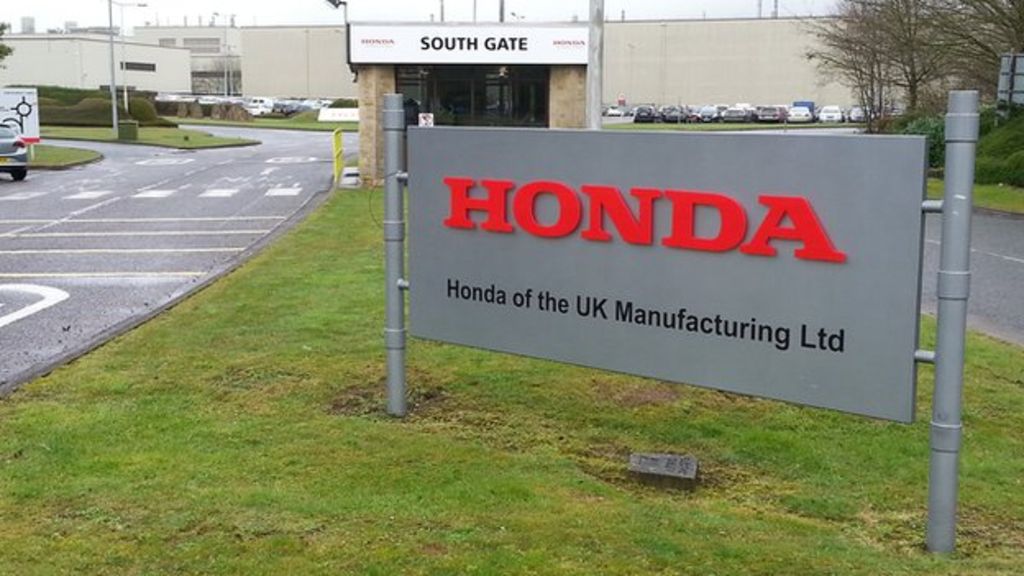 Japan’s top companies are losing patience with the United Kingdom as Brexit fast approaches. HondaÂ became the latest to reduce its exposure to the British economy,Â announcing TuesdayÂ that it will shutter its only manufacturing plant in the country by 2021, a move that is expected to result in the loss of at least 3,500 jobs.

The company denied any link with Brexit but auto industry experts said the uncertainty over future market access and the risk of tariffs must have played a part. Honda’s bombshell follows the decision by rival automakerÂ Nissan toÂ scrap plansÂ to build a new SUV model in northern England. Electronics firmsÂ Sony andÂ PanasonicÂ have both said they will move their EuropeanÂ legal basesÂ out of the country because of Brexit. Japanese executives are fed up after warning for years of the risks inherent in a rupture with Europe.

Honda is closing its only British factory, wiping out 3,500 jobs “Within Japan, every professional person I speak to is bemused by Brexit,” said Paul Bacon, a professor at Tokyo’s Waseda University who specializes in Japan’s relations with Europe. “It is obvious here how economically damaging it will be, and also that it creates serious difficulties for Japanese industry.”Britain is set to leave the European Union in less than 40 days, but Prime Minister Theresa May has failed to secure parliamentary backing for her plan for what happens next, heightening fears of a disorderly departure.That’s infuriating for Japanese businesses and government officials, who have beenÂ asking for yearsÂ for reassurances that British leaders would limit the harmful effects of Brexit. The “trust has evaporated” between Japanese companies and the UK government, said Seijiro Takeshita, a professor at the University of Shizuoka’s School of Management and Information.

Nissan is scrapping plans to build a new SUV model in northern England, citing Brexit as a major factor.

Britain outside EU ‘makes no sense’

Japanese businesses have poured billions intoÂ the UK economy. More than 1,000 Japanese companies do business in the country, supporting more than 140,000 jobs, according to the most recent Japanese government figures.Many of them used the United Kingdom as a launchpad into Europe. But if the country exits the EU’s unified market, “it makes no sense for Japanese industries to base themselves in the UK,” Bacon said.

Around 60% of Japanese firms in the United KingdomÂ surveyedÂ by the Japan External Trade Organization in the fall of 2018 said they expected Brexit to have a negative impact on their future business. Japanese companies tend to invest for the long term but have a very low tolerance for risk, according to Takeshita. “The current situation in Britain is just that â€” uncertainty,” he said. “Many are backing off.”He predicted more Japanese firms will retreat as Brexit unfolds. ToyotaÂ (TM)Â warned in December that a British exit from the European Union without a deal in place wouldÂ put at riskÂ vehicle production worth millions of dollars a day, but it stopped short of saying it would cut its investment.

A car transporter at the Honda plant in Swindon.Japanese banks are worried, too.A senior executive atÂ NomuraÂ in NovemberÂ described BrexitÂ as “a great concern” that will increase costs and risks for financial firms. Nomura has already started moving dozens of jobs from London to Frankfurt and hiring new staff on the European mainland.

It’s not just about Brexit

There are others reasons why Japanese companies are dialing back their commitments to the United Kingdom.Advances in technology mean carmakers can now automate more of their supply chains. That has made it cheaper to operate factories in Japan, where labor costs are typically high.

Nissan said this month that it would build its new X-Trail SUV in Japan rather than in northern England. “Japanese businesses are seeing returning to Japan as affordable and profitable,” said Stephen Nagy, an associate professor at International Christian University in Tokyo. Honda said it had decided to shut its plant because of “the unprecedented changes in the global automotive industry” such as the shift toward electric vehicles. It plans to move production from Britain to Japan, the United States and China.Recent trade deals have also made Britain a less attractive base for Japanese companies after Brexit.

Nagy pointed to theÂ trade dealÂ between the European Union and Japan, which took effect this month, andÂ the agreement between 11 Pacific nationsÂ that kicked in at the end of last year. “The UK will not be part of either [deal], making it a much less attractive platform for Japanese businesses,” he said.