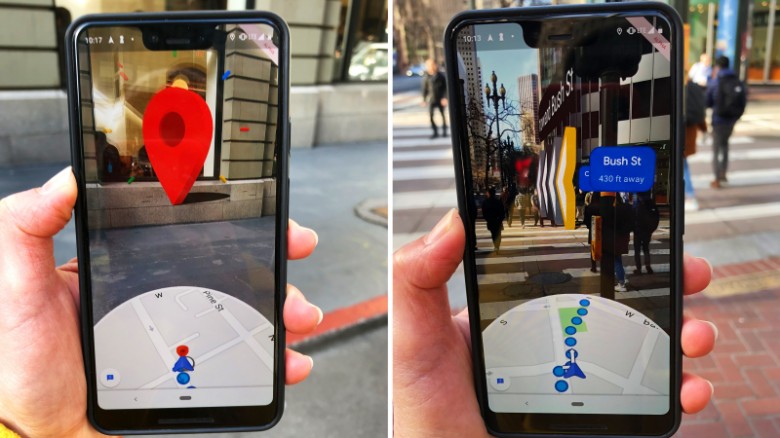 Recently, GoogleÂ began letting some users test a new augmented-reality feature in its mobile app that shows graphics â€” such as highlighted arrows and street names floating in midair â€” over a live view from their camera on their smartphone screens. It is meant to help them navigate city streets.

Google’s Rachel Inman, who works on user-experience for the new feature, said the company hopes to make it simpler to go between the two-dimensional map on your phone and the three-dimensional world around you.

Google is testing new AR features for its Maps app. Google said that for now, the feature is only being offered to a small group of people who frequently use and contribute to Google Maps. The company isn’t saying when it will be generally available.