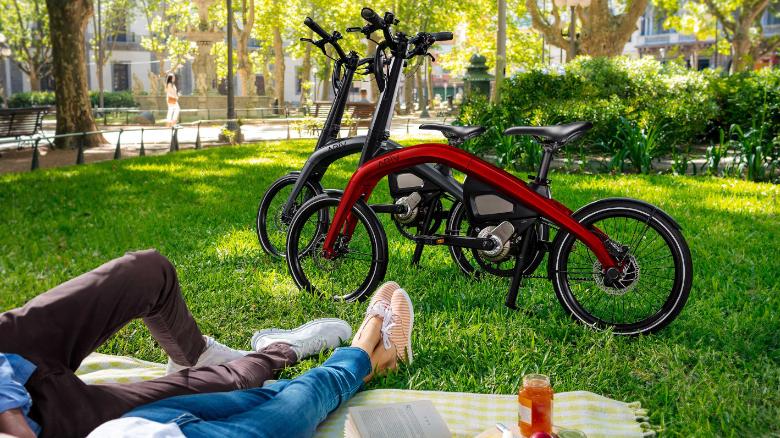 General Motors newest product is an e-bike called ArÄ«v, and it is now available for ordering, at least in some parts of the world.The name, which is pronounced “arrive,” was chosen through a web-based crowd sourcing program in which the person with the winning suggestion was to be awarded $10,000. GM did not release the name of the winner.

The bike was developed with the help of engineers who worked on the Chevrolet Bolt EV electric car. The bike, which will be available in a fold-able version, has an electric motor that can be charged in 3.5 hours and then provide 64 kilometers, or 40 miles, of motor-assisted riding. The electric motor reduces the effort involved in pedaling the bike.

The ArÄ«v e-bike will be available in folding and non-folding versions.The bikes, called the ArÄ«v Meld and the folding ArÄ«v Merge, will first be available in Germany, Belgium and the Netherlands, where e-bikes are particularly popular, GM said. Depending on the country, they will cost between â‚¬3,400 and â‚¬2,750 including taxes and fees. Equivalent prices in the US would be about $2,500 for the Meld and $3,000 for the Merge, plus taxes and shipping costs.

The bikes will also have a “walk mode” in which the electric motor can help roll the bike while it’s being walked up steep terrain or in places where riding isn’t allowed. The bikes will have a built-in USB port, a mobile-phone mount and built-in LED safety lights.Other automakers are also branching out from cars, SUVs and trucks and getting into the scooter and e-bike businesses. Ford has purchased Spin,Â a scooter sharing company Spin. The Spanish Volkswagen subsidiary SeatÂ worked with Segway to create it’s own electric scooter.