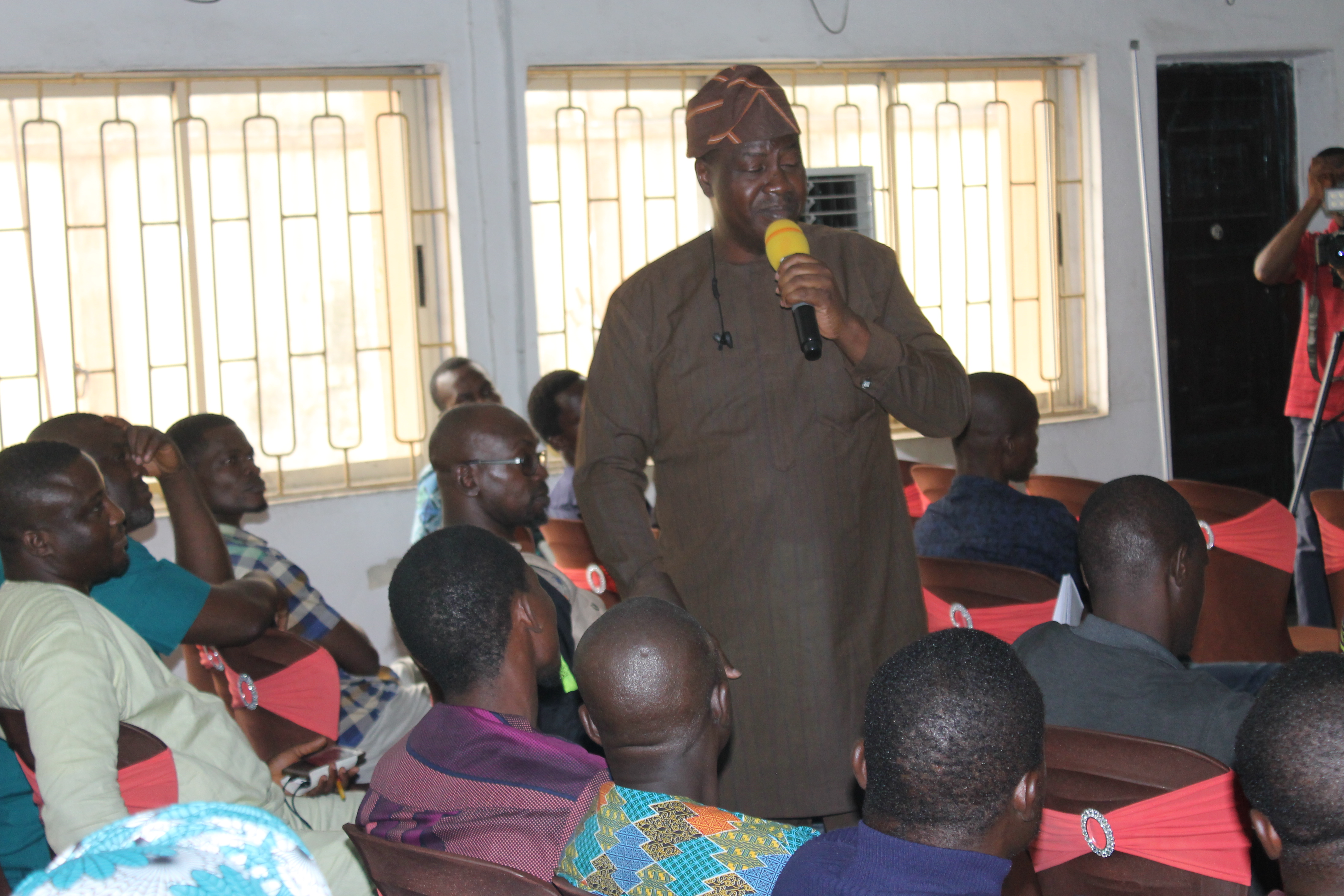 A parley was held On Friday the 8th of February between Community Media from across Lagos State and Babtunde Olalere Gbadamosi (BOG), the Gubernatorial Candidate for Lagos State under the Action Democratic Party (ADP).

Babatunde Olalere Gbadamosi was born in England to the illustrious Gbadamosi family. He later returned to spend his childhood years in Ikorodu, Lagos where he hails from. He is a successful property merchant with a commitment to providing quality homes to Lagosians. He is Chairman of the prestigious Amen Estate in Ibeju Lekki. He is also the owner of Redbrick Homes International Limited.

The purpose of the gathering was for the Candidate to sensitize the Community media about his plans for the state and for Community Media Representatives to engage the candidate to clarify points in his manifesto that are of concern to the residents of the communities they cover. The Lagosian was ably represented at the gathering, and we bring you details about how the event unfolded.

The Candidate wasted no time, after a brief introduction of the media companies and their representatives, he spoke about his plan is to rebuild Lagos on 5 Pillars:

He said the major reason why transportation is so expensive and hazardous is mainly because of the terrible state of roads across the state. The bad roads make driving in Lagos a hell for transporters and discourages investment into the business, because (according to him) newly launched buses could be due for repairs within three weeks due to the action of potholes on roads.

BOG said he will expand the LSPW because he believes the company is currently too small to handle the infrastructure needs of the state. He plans to widen its scope of operations of the company so that it has a depot in each of the federally recognized Local Government Areas. He promised to fix federal roads and direct revenue from advertising on billboards to LGAâ€™s instead of the state government, as stated in the constitution.

He ended by saying that better roads lead to less travel times and less time on the road will lead to higher productivity within the state. He emphasized this point by telling a story about being stuck in traffic for the 7 hours it took for his wife to travel from Nigeria to the UK. He told media reps that he was still stuck in traffic at Penn Cinemas (coming from Amen Estate, Ibeju-Lekki) when his wife called to tell him theyâ€™d arrived the UK and were already on their way home.

He estimates that the cost of electricity is above N1000 per day per home if you add generator servicing costs, costs of fuel/diesel and transportation to petrol stations daily to the electricity bill from the distribution companies (Discos). He plans to tackle the electricity problem by buying out the Discos using Ibile Holdings; he believes Lagos has the financial muscle to achieve this. After the purchase, a redesign of the distribution network will result in every LGA having its own local grid. This project will be carried out in the first 18 months of his administration, starting with the 8 Local Governments selected under his Lagos Integrated Regeneration Plan.

Speaking about the state of education in the state, he said there are currently about 18,000 private schools across the school as compared to just 3,000 public schools. He said some private schools cost so much despite offering nothing different from the public schools. He will invest in building more schools while simultaneously investing in teacher recruitment and training by experts.

On the cost of building schools, he said: â€œYou will not be hearing about schools that cost millions or even billions. We are going to be very rational, and we are going to be able to do this because we (will) have satisfied the Civil Service.â€

He said Civil Servants set up â€œtoll gates on their desksâ€ because their salaries do not reflect economic realities. He said he plans to increase the minimum wage to N100,000 while simultaneously increasing salaries of Civil Servants holding higher ranks. He said: â€œIf you want the state to run cheaper, you create what we call in business a â€˜loss leaderâ€™. In this case the loss leader is personnel. Paying the Civil Service more isnâ€™t actually a loss leader, but let us assume it is so.â€ He said the risk of higher inflation rates is a risk worth taking.

Asides increasing salaries, he also plans to tighten up what he called the â€˜Consequence Cultureâ€™. He intends to computerize Civil Service processes and build the consequences into the computerized system. â€œSo that if someoneâ€™s file lands on your desk and the time youâ€™re supposed to treat it passes, automatically, the system generates a penalty â€“ with no human intervention â€“ if you fail to log it (the file) as having gone outâ€ he said.

He encouraged the public to trust that his administration will have nothing to do with corruption saying: â€œI have a name to protect, a name handed down to me by my forebears and I plan to hand it down to the next generation in a more pristine form than it was handed down to meâ€.

He said any company related to him in any way will not get any favors due to his influence (such as contracts), even if they are qualified. When a media rep asked if already existing government contractors who may be related to him somehow also fell into that category, he said their case will be different, but they will win their contracts based on merit and not who they know.

SUMMARY OF THE QUESTION AND ANSWER SESSION WITH COMMUNITY MEDIA REPRESENTATIVES

What will you do with the discos you buy-out, using Ibile Holdings after youâ€™ve solved the electricity problem? This question is due to the fact that the private sector manages companies better than government does.

BOGâ€™s ANSWER: Once the companies are set up and running, we will take them public and divest. Waste management will be handed back to the LGAâ€™s.

What will you do to support Entertainment since Lagos is seen as the entertainment capital of Nigeria and by extension, Africa?

BOGâ€™s ANSWER: He spoke about having supported Nollywood extensively through Amen Estate. He said the Estate has supported the largest number of TV productions in the entire continent, which include Jenifaâ€™s Diaries by Stage One Productions and Ajoche by Africa Magic. â€œThe Sector will be given support. Not just in aesthetics, which is why production houses come to Amen Estate in Lekki, but also intellectual property. The Lagos Ministry of Justice will have a special unit dedicated to dealing with intellectual property violation. This will also benefit the state because when the right people are making the money, the state will get its share of it through taxesâ€.

When I went through the document we were given I noticed that there was no tertiary institution listed among the educational institutions you attended. Can you tell us more about that?

BOGâ€™s ANSWER: â€œWhen I was in LASU in 1989, the campus was attacked by overzealous mobile policemen. I was beaten till the blue jeans I was wearing was soaked in blood, till there was no blue showing at all! Then I was thrown in the back of a police van and they threw in a canister of tear gas and secured the tarpaulin. I saw my life flash before my very eyes. It was a MOPOL Commander casually passing that saw smoke coming from the tarpaulin and asked what was happening, and then he opened it. After that I was hospitalized for 3 months and I was too traumatized to return to LASUâ€.

The parley ended with a vote of thanks from Mr. Adedara, the publisher of a community newspaper.

AS REPORTED BY DOLAPO OMOLE