Xmas As Seen By A Child: The Gone Forever Moments. 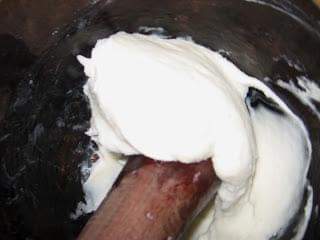 I miss my family as a Unit. My dad, my mum and all of my siblings, who I usually outmaneuvered yearly, to be the one to have the first meal delivered to my grandad. You see the family is the bedrock of any society. And that’s not totally different from where I am from. The dynamics of the African family is such, that love and good memories stay salient at the bottom like slices of yams in a pot, sitting on a hot stove. The scathing letter writings and silly cat fights come much later, it causes the pot to boil thoroughly, thus making it foam fervently at its top. An amazing irony, cueing in the Cook, that the yams on the stove are about well-done. For in Africa, or in Nigeria where I am from, success has its drawbacks. Our families are usually the first casualties of upward moves to the upper tops. However, make no mistake about it, what you see, sometimes could be misleading, cause families have the tendencies to close ranks in a jiffy, to merge, to combat a more lethal, more insidious external aggressor(s).

MERRY XMAS TO YOU ALL;
FRIENDS, FAMILY MEMBERS
AND JUST ABOUT EVERYONE!

(c) 2013. Image of the process of pounding yam in a wooden mortar; with a wooden pestle by a brilliant, but unknown photographer.

A Generation of Musical Stars – The Thrillerbandz

One thought on “Xmas As Seen By A Child: The Gone Forever Moments.”